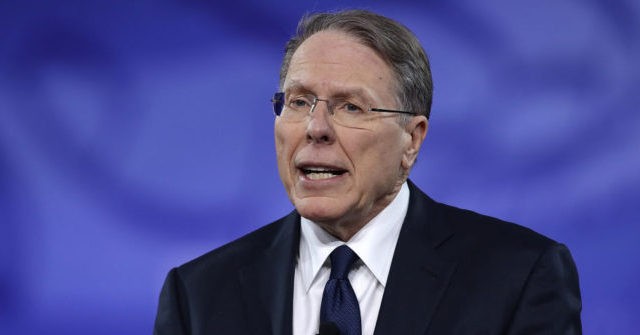 During a Monday deposition the NRA’s Wayne LaPierre described staying on a friend’s yacht as a way of securing safety in the aftermath of mass shootings in the U.S.

The yacht, which was called Illusions, belonged to a Hollywood producer who is also a friend of LaPierre’s.

NBC News reported LaPierre’s deposition and his explanation for using the vessel:

They simply let me use it as a security retreat because they knew the threat that I was under. And I was basically under presidential threat without presidential security in terms of the number of threats I was getting.

And all of us were struggling with how to deal with that type situation with a private citizen with the amount of threat that we were having. And this was the one place that I hope could feel safe, where I remember getting there going, ‘Thank God I’m safe, nobody can get me here.’ And that’s how it happened. That’s why I used it.

The New York Post reported that LaPierre stressed his use of the yacht was as a result of the myriad threats directed at him following mass shootings like the one at Sandy Hook Elementary School (December 14, 2012) and Parkland (February 14, 2018).

AWR Hawkins is an award-winning Second Amendment columnist for Breitbart News and the writer/curator of Down Range with AWR Hawkins, a weekly newsletter focused on all things Second Amendment, also for Breitbart News. He is the political analyst for Armed American Radio. Follow him on Twitter: @AWRHawkins. Reach him directly at [email protected]. Sign up to get Down Range at breitbart.com/downrange.