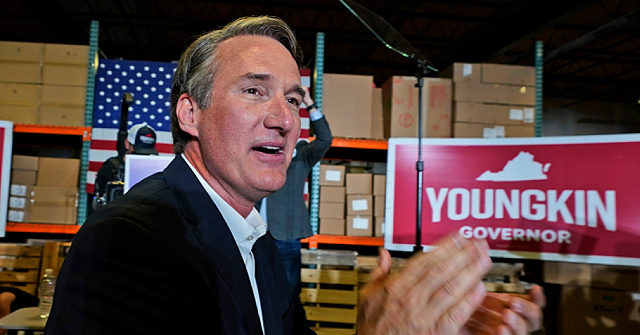 ASHBURN, Virginia — Republican Glenn Youngkin, who is running for governor in Virginia’s November gubernatorial race against former Gov. Terry McAuliffe (D), is announcing the first phase of his education plan at a rally Wednesday evening outside of the Loudoun County Public Schools Administration Building.

Present at the event will be Parents Against Critical Theory (PACT), a group focused on fighting Critical Race Theory, which it describes as a “regressive, divisive, and destructive ideology.”

The event is scheduled to begin at 6:00 p.m. local time and last three hours.

Follow Breitbart News for more on the Glenn Youngkin rally.