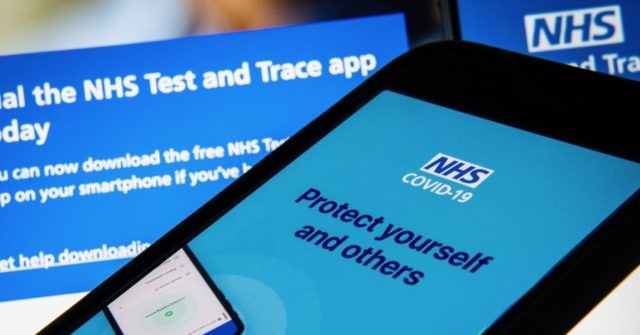 A National Health Service (NHS) app will serve as the first vaccine passport for international travel, requiring the British public to present their coronavirus status in order to leave the country, a government minister confirmed on Wednesday.

Transport Minister Grant Shapps said that he can “confirm” that the government is working on adding functionality to the NHS app used to book appointments. The app will contain health information about the user, including their vaccination status or if they have recently tested negative for the Chinese virus.

The minister said that he will reveal “in the next couple of weeks” the countries which will be on the government’s so-called ‘green list’ — countries where Britons will be able to travel without being quarantined upon return.

Foreign holidays, which are currently banned under the government’s lockdown regulations, are set to resume next month.

It is currently unclear which countries will recognise the UK’s vaccine passport app.

Greece, which is heavily dependent on foreign tourists for its local economy, has said that an agreement with the UK is “forthcoming” and that they will even accept paper proof of vaccination until a digital health pass is developed.

Harry Theoharis, the Greek tourism minister, told The Times: “Until the UK has a digital passport, we have seen the paper cards that are provided with the two vaccine appointment dates and we are recognising them. They can be used on the ground and at the borders.”

However, the Portuguese have signalled that they will not accept the paper as proof, as it could be susceptible to forgeries.

Portugal’s tourism minister Rita Marques said: “It is very important that we avoid fraud and an integrated digital pass is the way forward, with a QR code. We are working with the European Commission to have in place a system that will allow us to welcome holidaymakers safely.”

Spain said that the country will be adopting the EU’s “digital certificate” starting from June, with a pilot of the scheme to be trialled next month. It is currently unclear whether Spain will accept the digital app being developed by the UK government.

Grant Shapps said that Brits wanting to travel to Spain will have to “wait and see” if the country is even added to the green list, saying: “I’m afraid I just don’t have the answer to that because the Joint Biosecurity Centre will need to come up with their assessment and we can’t do that until a bit nearer the time.”

The transport minister said that the government will have to be “very cautious” about opening up travel fully, saying: “Beyond our shores, we are seeing the highest levels of coronavirus that we have seen so far in the entire pandemic, right now.”

Cabinet Secretary Michael Gove, who recently travelled to Israel to study their vaccine passport system, is expected to make his recommendations on the domestic use of such a scheme on Wednesday.