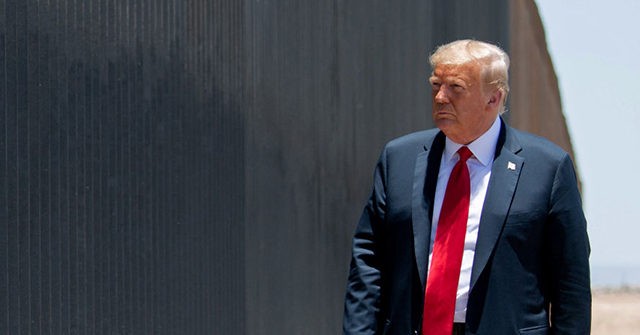 Wednesday, during a town hall event televised during FNC’s “Hannity,” former President Donald Trump criticized his successor President Joe Biden’s handling of the U.S.-Mexico border, declaring that it had gone from never better to never worse in the span of six months.

“We never had it better, and now we’ve never had it worse in the history of our country,” Trump continued. “I just saw — we were with the governor, the lieutenant governor, we were with Ken, we were with a whole group, I think the largest contingent of Congress, congresspeople ever at the border, from what I understand. I think they’re mostly here, too, by the way. I see them, a lot of them right in front of me.”