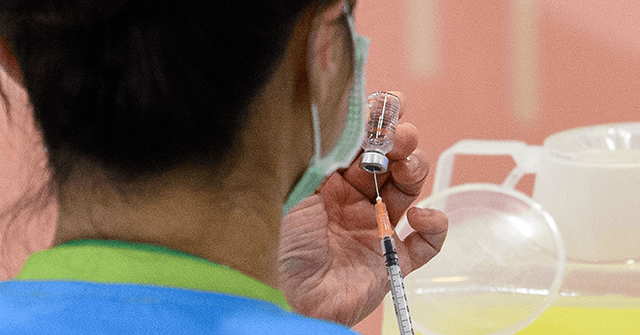 China risks falling behind other countries in terms of Chinese coronavirus inoculation due to low levels of enthusiasm for the state’s coronavirus vaccine program, a Chinese medical expert warned on Saturday.

“If China continues with such a low vaccination rate, it will not keep up. There’s a possibility that in the future, other countries will have [herd immunity] but China doesn’t,” Chinese respiratory disease expert Zhong Nanshan told an online health summit on March 20.

The Chinese Center for Disease Control and Prevention (CDC) set a goal of inoculating 40 percent of China’s population of 1.4 billion – about 560 million people – against coronavirus by June. Just 65 million people in China received a coronavirus vaccine as of March 14, indicating that the country would fail to meet its objective if its vaccination rate continues to lag.

“China needs to average around 4 million shots a day to meet that target,” Reuters noted on March 15.

Zhong echoed this sentiment at Saturday’s health summit, where he indicated that the number of Chinese willing to get coronavirus vaccines “was low because they felt the country had got Covid-19 [coronavirus] under control,” according to the South China Morning Post.

Lack of transparency and questions regarding both effectiveness and safety have plagued China’s vaccination program. China on March 16 approved a new domestically made coronavirus vaccine candidate for emergency use in the country without releasing the shot’s efficacy data or safety information. Another coronavirus vaccine candidate administered through China’s state-run program, CoronaVac, was developed by the Chinese biopharmaceutical company Sinovac Biotech and has an efficacy rate of just 50.38 percent.

Three people reportedly died and at least two people were admitted to intensive care units in Hong Kong earlier in March shortly after receiving doses of CoronaVac. Hong Kong city officials waived health requirements to approve CoronaVac’s use among senior citizens, despite it being off-limits for people age 60 and over in China.