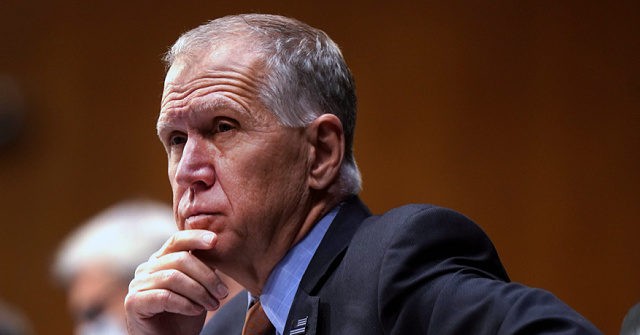 Tillis, one of the six additional Senate Republicans who backed a bipartisan deal on infrastructure, soured on President Joe Biden and Pelosi’s demand to pass an infrastructure bill alongside the Democrats’ more leftist reconciliation bill. Biden softened his rhetoric on his ultimatum; however, Pelosi has yet to relent on her demands to pass both bills in tandem.

Daniel Keylin, a spokesman for Tillis, said Monday, “While Sen. Tillis is pleased with the bipartisan framework agreed to by the Senate and President Biden, he is profoundly disappointed to see Speaker Pelosi and other Democrats engage in political hostage-taking.”

A bit newsy: Tillis, one of six additional Senate Rs who had endorsed the bipartisan infra deal, sounds like he's turning on it a bit. Per spox, “he is profoundly disappointed to see Speaker Pelosi and other Democrats engage in political hostage-taking.” https://t.co/LWm6lvwY6l

Tillis’ office’s statement follows as other Senate Republicans charged Monday that passing both infrastructure bills would lead to a dramatic expansion of the welfare state.

Any compromise on paid-for infrastructure is a bad deal so long as President Biden, Speaker Pelosi, and Leader Schumer insist on pursuing a multi-trillion dollar tax-and-spend reconciliation package to further transform Americans’ relationship with our government through a cradle to grave welfare state.

President Biden made clear that he won’t sign this bipartisan infrastructure compromise unless he has a social welfare package to sign with it which undermines the purpose of a bipartisan proposal. With a 50-50 split Senate and each Senator having the power to stop any legislation from moving forward, Senator Daines hopes that Senator Tester would not allow President Biden to hold any true infrastructure compromise hostage and refuse to support a multi-trillion dollar social welfare package with massive tax increases.