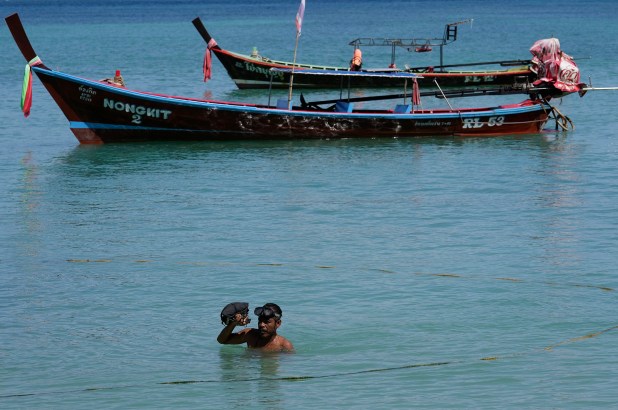 PHUKET, Thailand— Somsak Betlao covered the outboard motor on his traditional wooden longtail boat with a tarp, wrapping up another day on Phuket’s Patong beach where not a single tourist needed his services shuttling them to nearby islands.

Since Thailand’s pandemic restrictions on travel were imposed in early 2020, tourism has fallen off a cliff and nowhere has it been felt more than the resort island off the country’s southern coast, where nearly 95 percent of the economy is related to the industry.

So, despite spiking coronavirus numbers elsewhere in the country, the government is forging ahead with a program known as the “Phuket sandbox” to reopen the island to fully vaccinated visitors. It hopes it will revive tourism — a sector that accounted for 20 percent of the country’s economy before the pandemic.

The American Civil Liberties Union called the transfer of immigrants…

Instead of the hotel quarantines required elsewhere in Thailand, tourists on Phuket will be able to roam the entire island, but not travel to other parts of the country for 14 days. Skeptics question whether people will be willing to accept multiple restrictions including repeated virus tests and mandatory tracking apps, but officials hope the allure of the island’s famous beaches — and the idea of a beach holiday following lengthy lockdowns — will be enough.