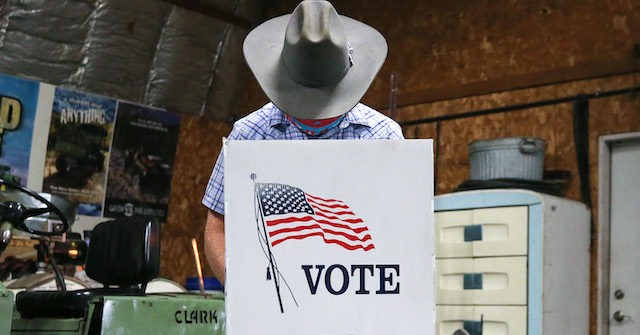 The Texas House of Representatives is currently considering a comprehensive election integrity bill that would, among other things, place executive and legislative checks and balances on the private funding of the administration of the state’s electoral procedures.

The 2020 general election in Texas saw $36 million worth of unfettered private funding of election administration in a number of counties in the state from non-profit organizations who were, in turn, financed by Facebook CEO and founder Mark Zuckerberg and his wife Priscilla Chan.

SB 7 was passed by the Texas State Senate earlier this month and has been under consideration in the Elections Committee of the Texas House of Representatives since April 12.

Sec.A81.032. ACCEPTANCE OF DONATIONS AND BEQUESTS.

(a) The commissioners court may accept a donation of labor or services, gift, grant, donation, bequest, or devise of money or other property on behalf of the county, including a donation under Chapter 38, Government Code, for the purpose of performing a function conferred by law on the county or a county officer.

(b)The commissioners court may not accept a donation described in Subsection (a) of over $1,000 for use in administering elections without the written consent of the secretary of state.

(c) The secretary of state may grant consent under Subsection (b) only if:

Private funding of election administration was virtually unknown in the American political system until the 2020 presidential election, when Facebook CEO and founder Mark Zuckerberg and his wife Priscilla Chan donated $350 million to the Center for Technology and Civic Life (CTCL), which provided funding to county and municipal governments around the country for election administration, and $69 million to the Center for Election Innovation and Research (CEIR), which provided funding to 23 state governments, primarily through the Secretary of State’s office, also for the funding of election administration.

Legislatures in three states–Georgia, Arizona, and Idaho–have passed bills in 2021 that have been signed into law that are designed to address the issue of private funding of election administration.

Phill Kline, executive director of The Amistad Project of the Thomas More Society, a public interest law firm, has praised the Arizona law–which is an outright ban on any private funding of election administration–and criticized the Georgia and Idaho laws, on the grounds that they simply codify as acceptable the private funding provided to county, city, and state governments by non-profit organizations such as CTCL and CEIR.

Kline praised the language of Texas’s SB 7 in an exclusive interview with Breitbart News.

“This is an interesting approach which involves the legislative branch and creates transparency. It is a good step,” Kline told Breitbart News.

Texas was not one of the 23 states that received grants from the Zuckerberg-funded CEIR in 2020.

However, as Breitbart News reported earlier this month, multiple counties in Texas received more than $36 million in funding from the Zuckerberg-funded CTCL in 2020:

The Public Interest Legal Foundation (PILF) released a report Tuesday documenting the $36 million spent in 14 urban counties of Texas in the 2020 election by the Mark Zuckerberg-funded Center for Technology and Civic Life (CTCL). According to the report:

Grant award letters reviewed by the Foundation showed Texas counties were given money to help shift voting to the mail and away from traditional procedures in Texas law. The large blue leaning counties received huge sums to transform their elections. Smaller red counties did not receive anything close. Mandated changes included were:

“Dallas County was the biggest recipient of CTCL funding among the 14 urban counties in the state, receiving more than $15 million. Thirteen other counties received the remaining $21 million of CTCL funding, including Harris County (Houston), which received more than $9 million,” Breitbart News reported.