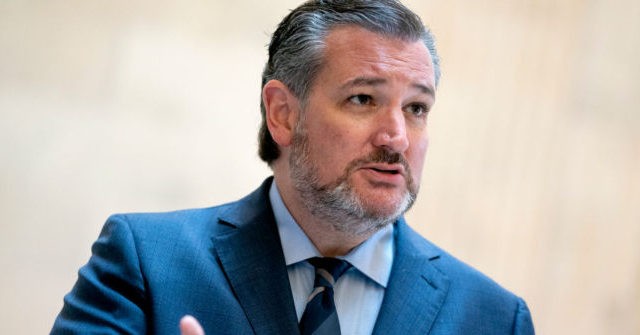 Texas Sen. Ted Cruz (R-TX), in a Newsweek op-ed, said his trip to the southern border was the worst “crisis” President Joe Biden’s policies have created.

“This crisis exists because of President Biden’s policies,” Cruz said. In the first week of Biden’s presidency, Cruz explained, the Biden administration made three major mistakes:

Number one, he immediately halted construction of the border wall. Number two, he reinstated the failed Obama-era catch-and-release policy. Number three—and this was the most indefensible decision—he unlawfully ended the “Remain in Mexico” policy, an international agreement President Trump negotiated with the government of Mexico whereby Mexico agreed that Central American immigrants who had crossed illegally through Mexico would stay in Mexico while their asylum cases were adjudicated in the United States. That agreement was a great victory, and it resulted in a massive drop in illegal immigration—so much so that in 2020, the United States experienced the lowest level of illegal immigration in 45 years. Now, because of Joe Biden’s policies, we have the highest rate of illegal immigration in 20 years.

When Cruz was at the border, he published pictures of the paths the cartel members marked for the illegal aliens to follow after the Biden administration “halted building the wall, leaving major gaps through which hundreds of thousands of illegal immigrants are streaming.”

The Biden Admin immediately halted building the wall, leaving major gaps through which hundreds of thousands of illegal immigrants are streaming.

Instead, Biden admin is putting signs like this one (about 100 yards from the Rio Grande) directing illegal immigrants where to go. pic.twitter.com/vkme6SuJBc

Breitbart News recently reported Biden’s half-open, half-closed border is creating chaos south of the border and is pulverizing his support among Latino and independent likely voters north of the border. A Quinnipiac poll of 1,237 adults, conducted April 8-12, found that Biden’s policies have gotten him 64 percent disapproval among independents and 55 percent disapproval among Latinos.

Additionally, Cruz also mentioned how “the cartels care nothing for these people,” adding that the cartels only “care about the money they make from shepherding people across the border and from a drug trade.”

Due to U.S. Customs and Border Protection (CBP) being “left to deal with the huge increase in illegal immigrants crossing the border,” Cruz mentioned the “drug trade that has become extremely lucrative in the past couple of months.” When Cruz was at the border touring the facilities, he shared a picture of the fentanyl, cocaine, marijuana, and other drugs that have seen a rise in seizures the CBP has been able to apprehend.

Live footage from the banks of the Rio Grande.#BidenBorderCrisis pic.twitter.com/aO4EyANrRQ

The Texas Republican added, “We saw the bright lights of coyotes who were illegally bringing people across the river in rickety and dangerous rafts to the spot where we stood.” He included how the group he was with was being “heckled and taunted” by the coyotes. The coyotes also were “laughing and yelling” at the group, saying, “there was nothing the agents could do to stop the human smuggling.”

Cruz said they learned later on, during the previous 24 hours in that sector, there were 2,900 apprehensions.