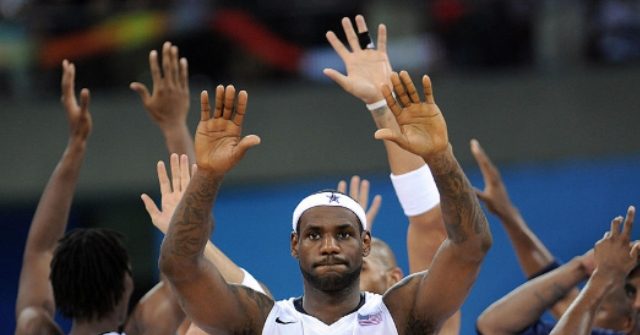 USA Basketball managing director Jerry Colangelo said Wednesday that it is unlikely that LeBron James will ever play for Team USA at the Olympics again.

Colangelo made his comments based on James’ advancing years.

“Father Time takes its toll,” Colangelo told ESPN’s Keyshawn, JWill and Zubin. “If you’re a human being, your body is built to go so long depending on what your sport is, and then it’s a downhill situation. LeBron made choices these last couple of Olympics not to participate because he’s got a lot of things going on in his life.”

But putting off recent Olympics appearances casts doubt on his appearing in future games. “So he put in his time, he made a contribution that is appreciated, but I think his time is over,” Colangelo said.

Even though he has refused to join the Olympics in the last two cycles, no one can say James ignored the Olympics. The Lakers star has participated in 68 international games for Team USA starting back in 2004. He has also played in three major Olympics contests. He also has a shelf full of medals including a bronze from 2004, and two golds from 2008 and 2012.

But since opting out of the 2016 games in Rio and the coming Tokyo games, that signals to Colangelo that James’ Olympics days are “over.”

So, Colangelo is looking to the present and the future.

“We are excited about the 12 players who have been selected to represent the United States in the Tokyo Olympics,” Colangelo said after releasing Team USA’s roster. “This was an unusually challenging selection process for many reasons, including the year postponement of the Olympics and the issues related to the timing of the NBA regular season and playoffs.”

“I believe these players will become a team that all Americans will be proud of,” Colangelo added.