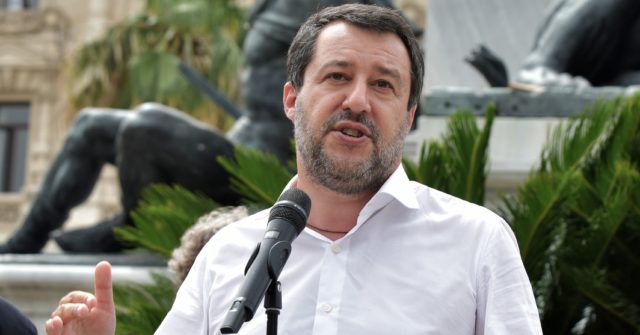 Populist Italian Senator Matteo Salvini has stated that he rejects teaching gender ideology or creating crimes of opinion in a new anti-homophobia bill but remains open to dialogue.

Senator Salvini, the leader of the League, stated that he opposed aspects of the anti-homophobia bill known as the “DDL Zan,” named after Italian lawmaker and LGBT activist Alessandro Zan, that has been put forward by the left-wing Democratic Party and has been the subject of debate across the country.

Salvini told Italian radio on Monday that he had reached out to the leader of the Democratic Party (PD) Enrico Letta on the issue but had not received a reply.

The former Italian Interior Minister added he, like the Vatican, was concerned that the bill could curtail freedom of thought and expression but said he was not opposed to stiffer penalties for those who attack and discriminate against people based on their sexual preferences, Il Giornale reports.

However, Salvini said he disputed, “the introduction of new crimes of opinion and the fact that some issues arrive on the school benches of six-year-olds,” and called for “the rock of gender ideology at school and crimes of opinion to be removed,” from the bill.

Salvini’s comments come just under a week after the Vatican expressed concerns over the Zan bill, going as far as stating that it may violate the 1929 Lateran Treaty which established the Vatican as an independent state.

In a letter to the Italian government, the Vatican said it was concerned that Catholic schools would not be exempt from a national day against homophobia and transphobias and that Catholics speaking out on LGBT subjects could be potentially subjected to criminal proceedings.

Giorgia Meloni, leader of the national-conservative Brothers of Italy (FdI) and ally of Salvini, urged the parliament to stop the debate on the Zan bill until the dispute with the Vatican could be resolved.

Save 25% on this evaporative air cooler makes sure you’ll stay...