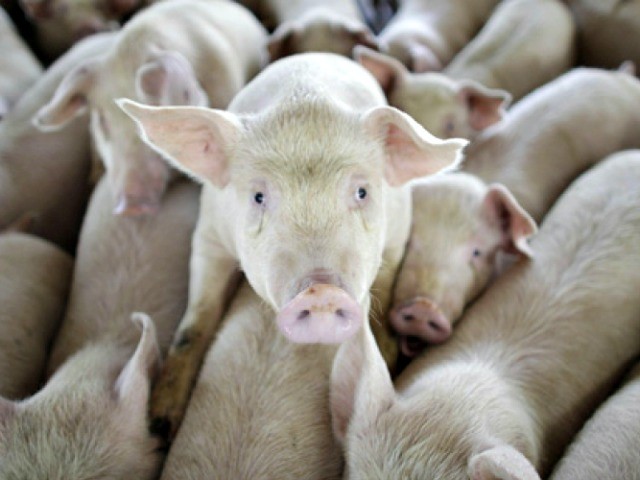 Timmy Pigott, rapid response director for the Republican National Committee, did not explain why over 100 House Republicans voted to reinstate earmarks when asked for the party’s rationale by Breitbart News Senior Editor-at-Large Joel Pollak on SiriusXM’s Breitbart News Sunday.

Breitbart News reported in March, “A split House Republican Conference voted Wednesday to overturn the House GOP’s ban on earmarks. House Republicans voted 102-84 on the resolution sponsored by Rep. Mike Rogers (R-AL). … The renewed practice requires Republican lawmakers to write a justification for any earmark they want to sponsor, and verify they have no financial stake in the earmark.”

Pollak plied, “Let me challenge you a bit on this, because somehow a majority of the Republican caucus in the House voted recently to reinstate earmarks, and I thought that was one of the big achievements of the Tea Party revolution back in 2010, when the incoming Republican leadership said, ‘We’re done with earmarks. We’re not going to attach these riders to bills where we just spend on pet projects and reward donors and special interests back home, and we’re not going to do that anymore.'”

Pollak asked why Americans should support Republicans given that a large part of the GOP supported the reinstatement of earmarks.

“They got rid of earmarks for a decade,” he continued. “Democrats were trying for years to get the earmarks back, because that’s how Democrats like to spend, and somehow Republicans agreed. Why would they do that? First of all, in the spending, I know it’s not a huge amount of spending relative to what we’re spending on other things, but the idea of irresponsible spending — number one — and number two, giving Democrats the leverage to pick apart Republican opposition. All a Democrat has to do is say, ‘Hey, vote for my bill. You be the breakaway vote, and I’ll make sure this bridge gets built in your district.’ Why would they hand that leverage to the party in power when they’re trying to hold their opposition together?

Pigott responded, “Yeah, you know, that’s a tough question to answer, and I think … every single thing that the Democrat Party is putting forward, right now, I think it’s incredibly hard to trust the Democrat Party with these bills that they’re putting forward, with the spending prices that come with it. Whether they talk about a bipartisan bill or reconciliation, it’s hard to take them at their word, right now. And again, I think that that boils down to whether or not we have Republicans in control of the House of Representatives and Republican control of the Senate.”

Pollak asked, “How do you make sure that Republican control of the House doesn’t come with a bunch of new spending? I think that’s what people are worried about, that given the decision on earmarks and given these ‘moderate’ senators, for example, who seem to be willing to buy a penny a pig in a poke, so to speak, with Biden on infrastructure, how do you get Republican voters to trust Republican leadership in Washington again?

Pigott remarked, “I think it boils down to whether or not the bills that are being put forward, whether or not you see Republican leadership band together, whether or not Republicans as a whole band together in support or opposing of any single bill that’s coming forward right now, whether it be infrastructure or anything else, but I think it’s been very clear from day one that the Biden administration is going to put poison pills in any single bill that comes forward, because they want to be able to say that they tried to work across the aisle and that Republicans didn’t come together.”

“I think we can all get together behind the fact that the Biden administration has been very clear from day one that they frankly do not put a lot of interest into … any ideas that [Republicans] are trying to put forward,” he concluded.