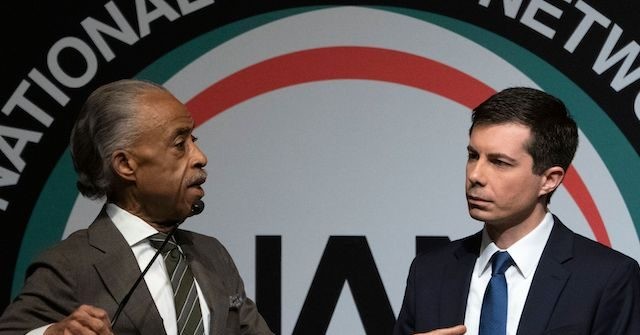 Transportation Secretary Pete Buttigieg is President Joe Biden’s point man on “equity,” but a new analysis found his department is one of the least diverse in the entire federal government.

Buttigieg recently told National Action Network it has “partners in Washington who believe equity is not a program, it’s not a department, it’s a profound value and a lens that must apply to every program and every department and every decision.”

Buttigieg has acknowledged the general issue of staff diversity during events, saying he hopes to change his department to better reflect the makeup of the country. But with tens of thousands of career employees, and gender and race disparities decades in the making, he faces challenges. …

Of the department’s nearly 55,000 employees, 74% are male and 70% are White, according to data as of March. Those majorities have remained largely unchanged since at least 2000—the earliest publicly available data—spanning five presidencies and seven confirmed secretaries.

“We’ve obviously got a long way to go,” Buttigieg said.

When Buttigieg took over the department in January, he identified “systemic racism” as an evil he would attempt to conquer.

“We recognize how misguided investments and missed opportunities for federal transportation policies have reinforced racial and economic inequality,” Buttigieg told the African American Mayors Association, according to Roll Call. “The wrong kind of investment can divide or isolate neighborhoods.”

He has gone on to allege racist motives were behind some road construction projects.

“There is racism physically built into some of our highways, and that’s why the jobs plan has specifically committed to reconnect some of the communities that were divided by these dollars,” Buttigieg told The Grio in April.

“The transportation decisions we make can either exacerbate inequity or build a better future. We’re clear on the path this department will take,” Buttigieg told National Action Network.

He said equity is “central to how we spend taxpayer money.”