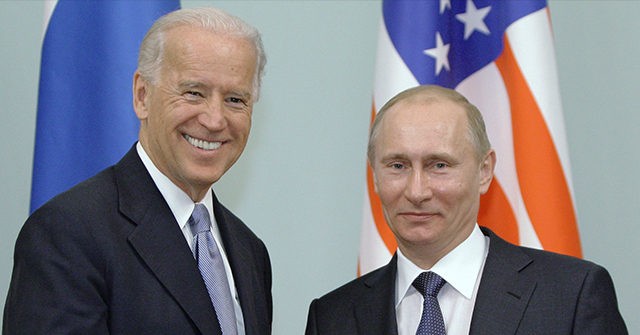 President Joe Biden will waive some American economic sanctions on Russia in order to streamline construction on the Nord Stream 2 pipeline to Germany, according to Axios.

Citing “two sources briefed on the decision,” Axios reporter Jonathan Swan reports the State Department will include the Nord Stream 2 pipeline Russian company and CEO on its list of Russians who deserve sanctions, but the Biden administration will waive them, citing American interests.

The Biden administration plans to scrap the sanctions on the Russian company responsible for the pipeline, despite initial signals that they would not.

During his Senate confirmation hearing, Secretary of State Antony Blinken told senators he is “determined to do whatever we can to prevent that completion” of the pipeline.

The national defense bill signed by Trump in 2019 included legislation to level sanctions on companies laying pipe for the project.

Several Republican Senators, such as Sen. Ted Cruz (R-TX), continue opposing the pipeline’s construction, as it would give Russian President Vladimir Putin a major economic victory in the region and make Germany dependent on Russian oil from a pipeline running through Ukraine.

Waiving sanctions to give Putin a geopolitical victory would significantly damage Biden’s attempt to signal a “tough” approach on Russia.

Cruz voiced his opposition to Biden’s planned waiver on social media on Tuesday.

“Stunning. In defiance of U.S. law, Biden is actively helping Putin build his pipeline,” he wrote. “Objectively speaking, the Biden administration is shaping up to be the most pro-Russia administration of the modern era.”

Former President Trump expressed his distaste for the pipeline during his presidency, even though it was a priority for German Chancellor Angela Merkel.