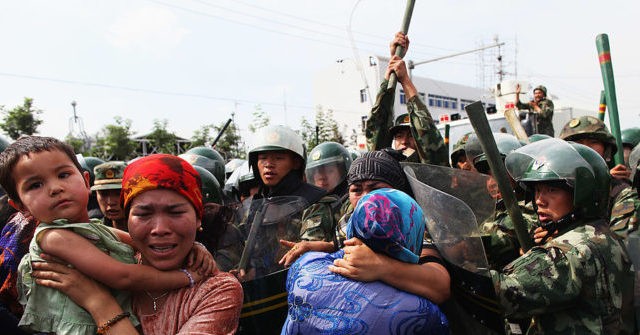 Most photovoltaic cells (PVC) used in the manufacture of solar panels are made with polysilicon components, according to Bitter Winter. About 82 percent of the world’s polysilicon “is produced in China, overwhelmingly in Xinjiang,” the magazine noted, citing an April 19 report by the Center for Strategic and International Studies (CSIS).

“Four factories in Xinjiang account for half of the world’s production of polysilicon,” the magazine pointed out, citing an April 13 report by Bloomberg News.

“Bloomberg’s report showed that polysilicon factories are located suspiciously close to transformation through education camps, making it likely that inmates are forced to work there,” the magazine further noted.

Chinese Communist Party (CCP) authorities operate “transformation through education camps” in Xinjiang officially to provide Marxist and vocational education to the territory’s minority ethnic Uyghurs. Human rights groups and foreign governments accuse the CCP of forcibly detaining 1-3 million Uyghurs and other ethnic minorities in the concentration camps since 2017 and using their slave labor to farm or manufacture materials used to make Chinese goods, most notably cotton. Many have been shipped out of the camps, some studies have found, and sold as slaves to factories across the country.

“Both Bloomberg and the CSIS commented that it is difficult for consumers to know whether Xinjiang polysilicon is used in the solar panels they buy. Certainly, when it comes to solar panels manufactured in China, that Xinjiang-produced components are there is almost certain,” the magazine concluded.

Uyghurs are a Turkic-speaking, Sunni Muslim ethnic group native to Central Asia, which borders Xinjiang to the west. The cultural and religious differences between Xinjiang’s native Uyghur minority and its ruling Han Chinese majority have long caused simmering ethnic tensions between the two groups in the frontier region.

The United States, the European Union, Britain, and Canada jointly imposed sanctions on Chinese government officials on March 22 over human rights abuses in Xinjiang. The abuses include forcing Uyghurs and other ethnic minorities to harvest cotton through slave labor. China reacted by imposing its own sanctions on British government officials and institutions on March 26. Many foreign retailers that use Xinjiang cotton publicly denounced the slave labor conditions in the region shortly afterward. The backlash elicited a secondary retaliation by China’s ruling Communist Party, which subsequently tried to erase foreign brands critical of Xinjiang cotton from the Chinese internet, including the Swedish fast-fashion brand H&M.