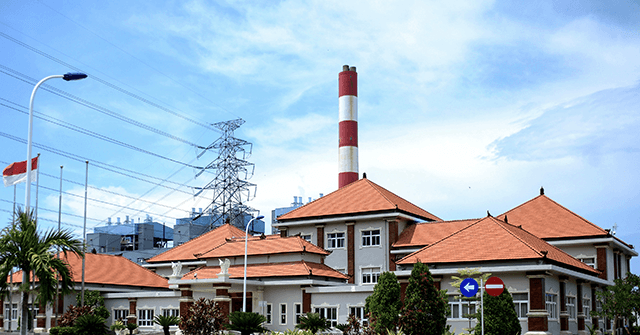 Five Asian nations account for 80 percent of the world’s newly planned coal power stations, according to a report published by the non-profit climate research think tank Carbon Tracker on Wednesday.

“China, India, Vietnam, Indonesia and Japan are responsible for 80 percent of the world’s planned new coal plants and 75 percent of existing coal capacity,” Carbon Tracker wrote. “In these five countries, 92 percent of planned coal units will be uneconomic, even under business as usual, and up to $150 billion could be wasted.”

China, Indonesia, India, Vietnam, and Japan currently plan to build over 600 new coal plants between them, according to the report. The planned power stations are expected to generate “a total of 300 gigawatts of energy — equivalent to around the entire electricity generating capacity of Japan,” Agence France-Presse (AFP) noted on June 30. The Asia-Pacific region consumed more than three-quarters of all coal used globally in 2019, according to British Petroleum’s 2020 Statistical Review of World Energy.

China, which is the world’s number one coal consumer, “has 368 power stations in the pipeline with 187 gigawatts of capacity,” according to AFP, which reviewed Carbon Tracker’s June 30 report. Beijing has approved plans to build the new coal facilities “despite a pledge by President Xi Jinping that China will become carbon neutral by 2060,” the French news agency noted, referring to a remark made by Xi during a meeting of the United Nations General Assembly in September 2020.

“We aim to have CO2 emissions peak before 2030 and achieve carbon neutrality by 2060. We call on all countries to pursue innovative, coordinated, green and open development for all,” Xi said at the meeting in a virtual speech.

India is the world’s number two coal consumer after China and is currently planning to build 92 coal power stations capable of producing roughly 60 gigawatts of capacity, according to Carbon Tracker. Indonesia is planning to build even more coal power stations than India, with 107 new plants currently in the works, Carbon Tracker revealed Wednesday. Vietnam has 41 such plants planned, followed by Japan with 14.

“The projects are being pursued despite the availability of cheaper renewables, and they threaten efforts to meet the Paris climate deal goal of limiting warming to 1.5 degrees Celsius,” Carbon Tracker noted in its report.

The Paris Agreement is an international climate change treaty with the stated goal of limiting global warming to “well below 2, preferably to 1.5 degrees Celsius, compared to pre-industrial levels.” China agreed to ratify the Paris Agreement in March 2016 and later signed the treaty in September 2016.

Under the Paris Agreement, China has pledged to “peak” its carbon dioxide emissions by the year 2030, i.e. continue increasing such emissions, as part of its supposed plan to achieve carbon neutrality by the year 2060. The Paris Agreement allows Beijing to implement such contradictory climate policies because it has different standards for “developing” countries, such as China, and “developed” nations, such as the U.S.

“In 2020, China built over three times as much new coal power capacity as all other countries in the world combined – the equivalent of more than one large coal plant per week,” according to a joint study by the U.S.-based think tank Global Energy Monitor and the Helsinki-based Centre for Research on Energy and Clean Air published on February 3.

“In addition, over 73 gigawatts (GW) of new coal power projects were initiated in China, five times as much as in all other countries, while construction permits for new coal projects also accelerated,” the study’s authors wrote.

China burned over half of the world’s coal in 2020, according to a recent study by the U.K.-based energy and climate research group Ember.

“China’s coal generation rose by 1.7 percent in 2020, while it fell or remained flat in all other G20 countries,” Ember wrote in its 2021 Global Electricity Review, published on March 29.