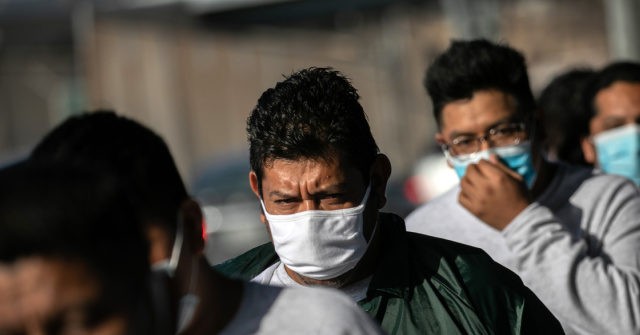 The poll also asked, “Do you think the Biden Administration executive orders on immigration encourage or discourage illegal immigration?”

Sixty-eight percent said Biden’s White House is encouraging illegal immigration, and only 32 percent said the administration is not.

Another poll released Monday also suggested 57 percent of Texan voters disapprove of Biden’s handling of the border crisis after Vice President Kamala Harris traveled to the state Friday to inspect the border 800 miles from the crisis region.

Cuellar told Fox News he is sure Harris’s “planners” told her it was “politically safer” to go down to El Paso rather than where the crisis is raging in the southern part of the state.

Since May, the border has witnessed a nearly 700 percent spike in illegal immigrant crossings.