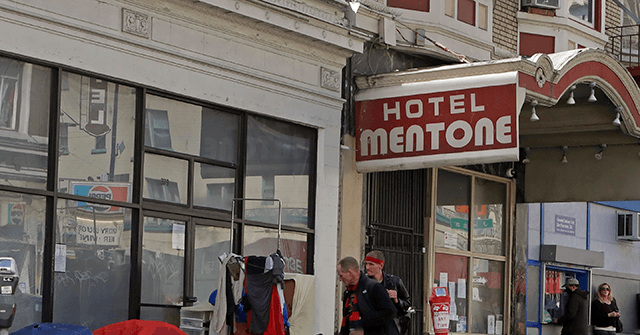 A poll released from the San Francisco Chamber of Commerce shows residents are contemplating moving out of the city due to the rise in crime and homelessness plaguing the city.

According to the poll, more than 40 percent of the respondents said they plan to move out of the city in the next few years.

Lindsay Stevens, who lived in San Francisco for 12 years until last weekend, told CBS San Francisco that, “There’s nothing worse than seeing such a beautiful place in such disarray.” Stevens added, “I really thought I was going to be sad when the movers loaded up the last container on Saturday, and I have never been more relieved.”

Minku Lee, a San Francisco resident, said he was “racially and physically attacked by a homeless man” who also used racial slurs against him. Lee added that the homeless person “forcibly pushed me over, slash tripped me,” and he is “really startled by the incident.”

More so, 82 percent of the respondents polled from the survey also said they would “like to see more caseworkers on the streets to help people with mental illness and substance use problems,” with nearly 75 percent saying they support having a more temporary shelter for the homeless population that plagues the city.

The poll was released by the SF Chamber of Commerce, which is based on the feedback they received from over 500 registered voters in San Francisco.

Report: 1.8 Million Americans Have Turned Down Jobs To Stay On Unemployment

Report: 1.8 Million Americans Have Turned Down Jobs To Stay On...

Report: 1.8 Million Americans Have Turned Down Jobs To Stay On...