Michigan Gov. Gretchen Whitmer (D) sent a signal during the coronavirus pandemic that she was a fan of Dr. Anthony Fauci by displaying a pillow with Fauci’s face embroidered on it.

The pillow was prominently displayed behind her in her home television studio, which also featured mementos of Michigan:

As Whitmer has declared the coronavirus emergency over, she ditched Fauci’s pillow for a Sunday appearance on WOOD TV’s To The Point: 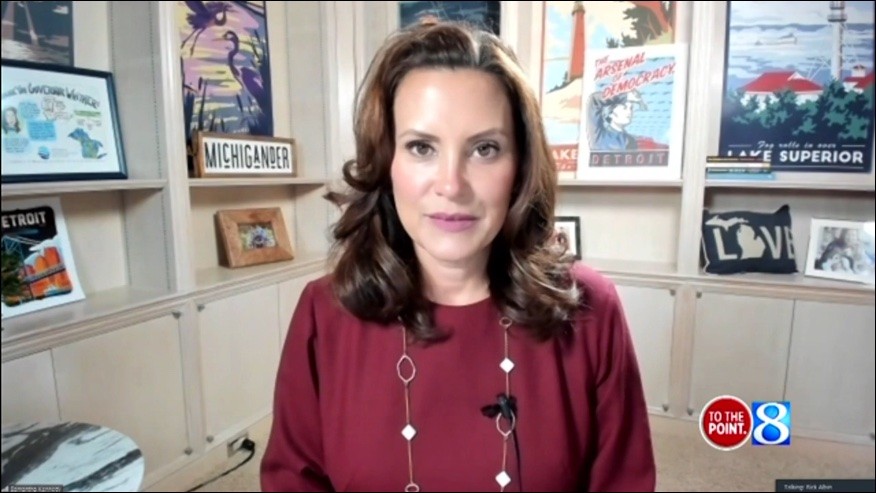 Disappearing Fauci’s pillow comes as he has faced criticism from Republicans over the doctor’s emails that were released through a Freedom of Information Act request.

The White House is actively looking to dump Dr. Anthony Fauci amid recent flip-flopping and released emails that show further contradictions on the pandemic response.

Jack Posobiec shared on Instagram the Biden administration is “discussing an exit strategy” for the highest-paid federal employee, and who the Democrats have praised as a “truth-teller.”

On To The Point, Whitmer pledged to conduct a “post-mortem” on her administration’s handling of the coronavirus response.

“We do need to do that look,” Whitmer said.

“There are lessons to be learned and we of course are going to do that analysis, because we’ve gotten through this crisis,” she said. “It’s now time to take a breather and then do the work of making sure we learn as much as we can so we can improve and get stronger moving forward.”