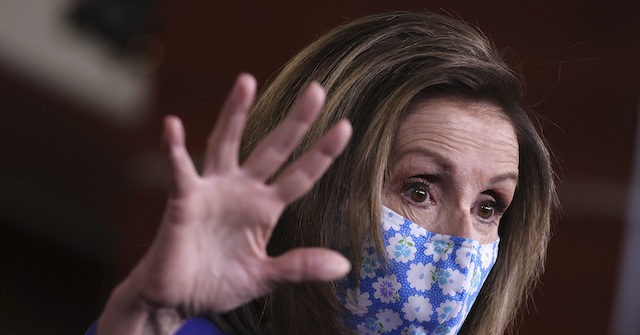 On the current police reform legislation being negotiated, Pelosi said, “Karen Bass has been authorized to have negotiations with Republicans, with Tim Scott. We could not be in better hands. Let’s put it this way. Last year, May 24, May 25, was the assassination, the lynching, of George Floyd. The second week in June, she already had a bill introduced by the 25th of June the bill passed the House. We are still hoping — we passed it again this session, hoping that it will pass the Senate.”

She continued, “She is on a good path. She is respected for her knowledge. She is weighing the equities about how we get the job done. Remember that millions of people were in the streets across the world saying that we needed to do something, and we do. I am optimistic that we will. From our standpoint, under the leadership of Karen Bass, with Tim Scott, with Cory Booker in the Senate, a number of members in the House working with them. and working with the republicans on the house side as well.”