It’s the final stretch toward election day, and left-wing singers are out in force to persuade their fans to vote for Joe Biden. 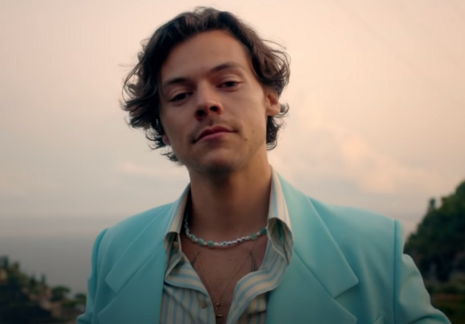 Harry Styles and Fall Out Boy recently announced their support for the Democrat Party’s 2020 candidate, while Demi Lovato sent out another plea via Twitter for people to vote.

Styles, who is famous for being a vocalist in the British band One Direction, tweeted on Tuesday that “If I could vote in America, I’d vote with kindness.” The tweet included an ad supporting Biden for president.

Yeah, it’s definitely kind to vote for a candidate whose followers demand that white people must feel guilty for their “white privilege,” accuse people of racism on the flimsiest of reasons, support LGBT groups as they try to bankrupt Christian businesses, and demand that the government confiscate the arms of its citizens. Come on, Styles, American celebrities don’t gripe over who’s the latest Prime Minister. Leave American elections to the Americans.

Similarly, singer Demi Lovato recently tweeted about voting: “I vote because I love my country. From my friends and family members who live here, to my neighbors and millions of people I don’t know, I love the citizens here. This year I’ve been so stressed and anxious from politics alone.” So far, so good.

What does she mean, “this post isn’t about telling you to vote for?” People who want change aren’t satisfied with the status quo, that is, President Trump’s presidency. She tells people, in a tweet that is “telling you to vote PERIOD,” that “if change is what you want, nothing will change unless you take action.” Is she sure that “this post isn’t about telling you [who] to vote for?” Regardless of her real intentions, it has become indisputable that she wants people to vote blue after she released her Trump-hating song “Commander in Chief.”

Lovato finished her plea for citizens to vote with another reply to her tweet: “So please, if you are old enough, please get out there and speak up. P.S. I’m so grateful to have been able to vote because it wasn’t too long ago women didn’t even have those rights.. (see what happens when we demand change?)” Women did demand change, and they got it a century ago. It’s not like voting is a recently acquired privilege for women.

Tuesday, American rock band Fall Out Boy announced that they were supporting Biden. “This is the most important election of our lifetime, and standing on the sideline is not an option. We endorse @JoeBiden. So please, go vote. Lives depend on it.”

It’s funny how all these lefty celebrities call for people to vote because “Lives depend on it,” yet they’re voting for someone who not only supports slaughtering infants through Planned Parenthood, but is also planning to wipe out peoples’ savings.

These are just the latest Biden endorsements from notable figures in the entertainment industry. Stay tuned for more as the countdown to November 3rd continues.

Civil War statue toppled in protest in Colorado replaced with of...

Civil War statue toppled in protest in Colorado replaced with of...