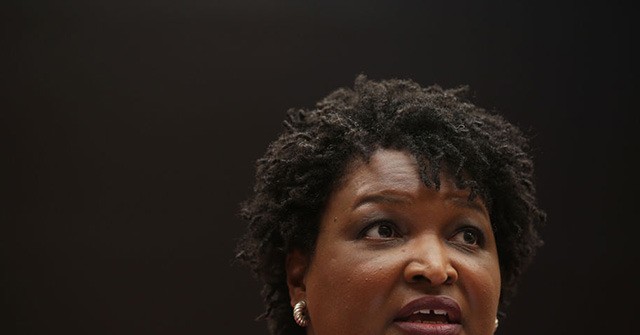 We know the corrupt corporate media will continue to hit new lows as it desperately attempts to protect and empower a Democrat party that is now so incapable of governing it’s embraced rioting, arson, and looting as a means to hold power. What we don’t know is what those lows will look like…

Well, this one’s a doozy.

As we all now know, Major League Baseball’s (MLB) decision to pull its All-Star Game out of Atlanta was not only a PR disaster, but one based on the fake news that Georgia’s new voter integrity laws harkens back to the days of slavery, or something. The truth, of course, is that the new law managed to both ensure the integrity of the vote and expand some voting opportunities.

The fact that MLB’s snit resulted in moving the All-Star Game to Colorado is beyond ironic. Colorado — just like His Fraudulency Joe Biden’s home state of Delaware — has the same voter ID laws as Georgia but fewer early voting days.

Does that not prove just how many rakes were stepped on with this reactionary boycott?

The backlash to all this stupidity honed in on one person, the execrable Stacey Abrams, an all-star crybaby determined to make the state of Georgia pay for not electing her governor. For it was Abrams who lied about the new voter integrity law being the stuff of “Jim Crow,” and it was Abrams who – despite what fake media fake fact-checkers are telling you – openly encouraged businesses to boycott Georgia. But…

She opposed it, screams CNNLOL.

Well, let me ask you, does this – written by Abrams for the far-left USA Today on March 31, just days before MLB announced its boycott — sound like someone OPPOSED to boycotts?

The emphasis is mine throughout:

Boycotts work. The focused power of No, trained on corporate actors used to being told Yes, can yield transformative results. As a Black person, a Southerner, an American, I respect and defend the right to boycott — and the advancement of civil rights has relied heavily on economic boycotts.

The impassioned response to the racist, classist bill that is now the law of Georgia is to boycott in order to achieve change. Events hosted by major league baseball, world class soccer, college sports and dozens of Hollywood films hang in the balance. At the same time, activists urge Georgians to swear off of hometown products to express our outrage. Until we hear clear, unequivocal statements that show Georgia-based companies get what’s at stake, I can’t argue with an individual’s choice to opt for their competition.

She then added even more support for boycotts, while, admittedly, pointing out the downside:

However, one lesson of boycotts is that the pain of deprivation must be shared to be sustainable. Otherwise, those least resilient bear the brunt of these actions; and in the aftermath, they struggle to access the victory. And boycotts are complicated affairs that require a long-term commitment to action. I have no doubt that voters of color, particularly Black voters, are willing to endure the hardships of boycotts. But I don’t think that’s necessary — yet… I ask you to bring your business to Georgia and, if you’re already here, stay and fight. Stay and vote.

Was Abrams wary of a boycott? Yes.

Did Abrams want to make clear that a boycott would come with sacrifice? Yes.

But she also said boycotts clearly work and that boycotting was an option she wanted sitting right there on the table. So the idea she “opposed” a boycott is nothing less than a big, fat lie.

How damaging was this op-ed for Abrams after she started running around claiming she opposed boycotts as the All-Star fallout piled up around her feet? Well, if you’ll pardon my use of the Woke Gestapo’s favorite word, it was so problematic that after the MLB boycott was announced, the far-left USA Today allowed Abrams to quietly rewrite her op-ed, something noted only with a misleading editor’s note that inaccurately described a massive rewrite as an “update:”

Editor’s note: This column was originally published before the MLB moved the All-Star game out of Atlanta. It was updated after that decision.

The truth is that the two most damning paragraphs were almost entirely rewritten. Here’s how they read now:

The impassioned (and understandable) response to the racist, classist bill that is now the law of Georgia is to boycott in order to achieve change. Events that can bring millions of dollars to struggling families hang in the balance. Major League Baseball pulled both its All-Star Game and its draft from Georgia, which could cost our state nearly $100 million in lost revenue. Rather than accept responsibility for their craven actions, Republican leaders blame me and others who have championed voting rights (and actually read the bill). Their faux outrage is designed to hide the fact that they prioritized making it harder for people of color to vote over the economic well-being of all Georgians. To add to the injury, the failed former president is now calling for cancellation of baseball as the national pastime.

Boycotts invariably also cost jobs. To be sustainable, the pain of deprivation must be shared rather than borne by those who are least resilient… I have no doubt that voters of color, particularly Black voters, are willing to endure the hardships of boycotts. But such monetary loss is unlikely to affect the stubborn, frightened Republicans who see voter suppression as their only way to win. Money isn’t quite as seductive as political power to these putative leaders.

On top of that fraud, the following was added — not rewritten, ADDED; just plopped in there to give Abrams even more cover:

Instead of a boycott, I strongly urge other events and productions to do business in Georgia and speak out against our law and similar proposals in other states.

If your opposition to boycotts was so clear, why the rewrite, princess?

Matt Whitlock, the GOP strategist who was the first to find this fraud, posted the paragraphs side-by-side, which makes the deceit even more striking:

The op-ed Dale and others cite defending Abrams was heavily edited from its original version AFTER the MLB decided to move the All Star game.

The good news is this…

First off, the backlash against the left’s extremist opposition to Georgia’s new voting laws is so acute, Abrams was forced to commit this kind of desperate fraud.

Secondly, a healthy political party with attractive ideas and the belief it can win fair elections does not go to these lengths to lie about voter integrity laws and then to cover up the backfire with a whole new wave of lies.

Finally, the implosion of trust in the corporate media marches on. The fake media are so desperate to protect Democrats, they’re willing to sell their souls rather than tell the truth about a sacred left-wing cow like Abrams.

Personally, I love it. The more fraud they commit, the more they weaken their own influence and ability to affect public opinion. They are America’s villains, and the public is catching on.