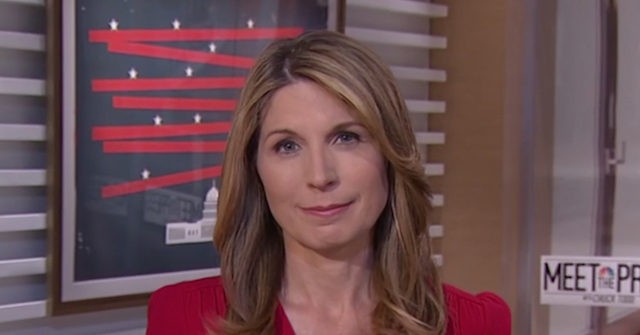 Defending Georgia’s voting law, Scott said, “I’m an African American who has voted in the South all my life. I take voting rights personally. Republicans support making it easier to vote and harder to cheat. And so do voters. Big majorities of Americans support early voting, and big majorities support voter ID, including African Americans and Hispanics. Common sense makes common ground. But today, this conversation has collapsed.”

Scott continued, “The state of Georgia passed a law that expands early voting; preserves no-excuse mail-in voting; and, despite what the president claimed, did not reduce Election Day hours. If you actually read this law, it’s mainstream. It will be easier to vote early in Georgia than in Democrat-run New York. But the Left doesn’t want you to know that. They want people to virtue-signal by yelling about a law they haven’t even read.”

Wallace said, “This is a speech delivered from a planet where facts don’t matter, which is where the current Republican Party resides. So it’s not really his fault. But it is his responsibility to get his facts straight. He said this, Biden inherited a country that had already rounded the bend on COVID. Four thousand people a day were dying in January. So I don’t know again on what planet we had rounded the bend. And Operation warp speed didn’t do anything to get a needle into an arm. So a lot of disinformation. It felt almost scripted by someone close to the president who wanted that revision.”

Wallace said, “Correct. I think the most reprehensible thing in the eyes of clear-eyed people of any party about the Georgia law, The reason Major League Baseball left isn’t because it makes it easier to vote in Georgia than in Democrat-run New York is again — if your so proud of a lie tell the truth about it. The lie would have removed Republican Brad Raffensperger from a decision taking place. So it’s just disingenuous to say the law is so good. We’re so proud of it. If it’s that good, Major League Baseball wouldn’t have moved their game. So it wasn’t true, in my view, was the biggest flaw.”