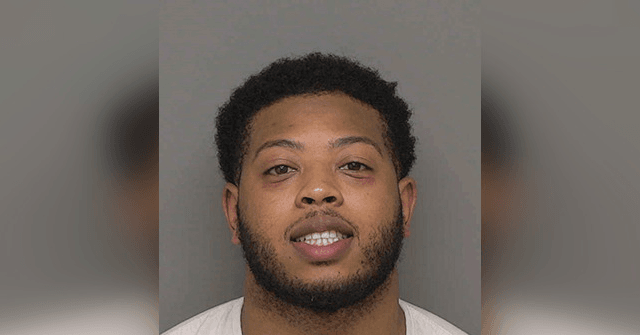 The attorney for Michigan state Rep. Jewell Jones (D) alleged racism was behind his client’s arrest after witnesses say they observed the politician driving erratically and crashing.

Ali Hammoud, the lawyer for Jones, told the Detroit News on Sunday that Michigan State Police used “excessive force” when arresting his client and there was “no proof” Jones was intoxicated.

“We believe the police used excessive force and Mr. Jones was mistreated in this incident,” Hammoud said.

“If this was not a Black man in Livingston County, he would have been in that ambulance and on his way to the hospital,” the attorney claimed.

The population of Livingston County is 96.7 percent white and .4 percent black. Jones was arrested on I-96, an interstate highway that traverses the county between Detroit and Lansing.

Video showed Jones refusing to comply with officers and was ultimately taken to the ground for arrest by a black trooper:

The News reported other drivers called 911 prior to the incident to report the vehicle — with an “ELECTED” vanity plate — “was drifting in and out of lanes and along the rumble strip.” Soon after, he “rolled into the ditch” after nearly hitting a bridge.

During his roadside altercation with police — which was captured on dashcam video — Jones invoked Gov. Gretchen Whitmer (D) by name and demanded he be allowed to get her on the phone.

“Let him know I’d like to go home. After that, let me go fucking home,” he said.

“You all don’t know who you all are dealing with, bro,” Jones could allegedly be heard saying when he was in the back of the patrol vehicle.

Jones attempted to threaten the troopers arresting him with their pay and agency’s funding.

“It’s not going to be good for you, I run y’all budget, bro,” Jones said, according to the video.

A spokeswoman for the Michigan State Police told Breitbart News the incident report and dashcam video speak for themselves.

“We’ll leave further comment to the Prosecutor’s Office who will respond to any allegations from Mr. Hammoud and his client as this case progresses in court,” Michigan State Police Public Affairs Director Shanon Banner said.

A spokesman for House Speaker Jason Wentworth (R) said little on Monday about how the legislature would handle Jones’s apparent attempt at abusing his power.

“The details of this situation continue to be very disappointing for an elected community leader. The speaker is speaking to Leader (Donna) Lasinski (D) and working with her on how to handle the situation as it moves forward,” Gideon D’Assandro, communications director for Wentworth, told Breitbart News.

Whitmer’s office would not defend the State Police against Hammoud’s allegation of racism. She also would not say if she thought the troopers used “excessive force” in dealing with her fellow Democrat.

Maine police chief busted for using fake report to get out...

Maine police chief busted for using fake report to get out...