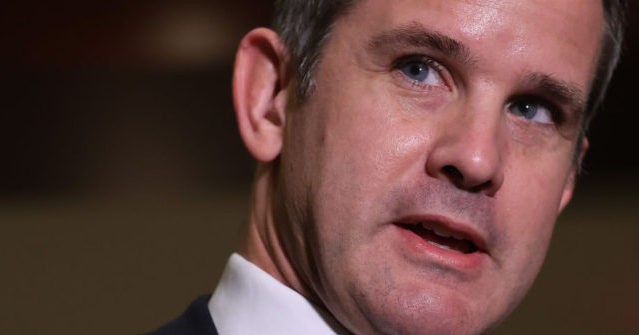 The embattled Republican Reps. Liz Cheney (WY) and Adam Kinzinger (IL) were the only two to break Republican ranks to help Pelosi pass her select committee to give her all access to “investigate” what happened on January 6. Lawmakers voted to pass the legislation on the near party-line vote, 222-190.

“Earlier this month, along with 34 other House Republicans, I supported the establishment of a bipartisan independent commission to investigate the attack on January 6th,” Cheney released a statement shortly before voting. “Although that bill passed the House, it was defeated in the Senate. It is right to be wary of an overly partisan inquiry.”

She added, “I believe this select committee is our only remaining option. I will vote to support it.”

According to the Hill, Kinzinger, who also voted for the committee’s creation, said before voting for the bill that he would have preferred having the independent commission but mentioned that a select committee would be better than nothing. “It’s not my favorite option. But the point is, we can’t keep pretending like Jan. 6 didn’t happen. We need full accounting for it,” Kinzinger said.

After the Senate Republicans voted down the previous bill last month, which would have established a commission to investigate the protests and riots on January 6, Pelosi and the House Democrats decided to move forward with a select committee.

On Monday, Pelosi had introduced H. Res. 503 in a new attempt at creating a selected committee powered by Pelosi’s partisan agenda and hand-picked servants in the House. The committee’s purpose is to “investigate and report upon the facts, circumstances, and causes relating to” the protests and riots on January 6.

Pelosi has been trying to create a 9/11-type commission that would give her that power to investigate protests and riots as she sees fit. The bill Pelosi introduced is meant to have 13 seats, with an overall majority (8 seats) will be filled by Democrats, leaving the remaining seats for Republicans.

The Associated Press reported on Wednesday, “House Republican leaders say they will oppose the creation of a select committee to investigate the Jan. 6 insurrection at the Capitol.” The report also mentioned the House Minority Whip Steve Scalise (R-LA) on Tuesday sent a memo to all Republicans saying the panel “is likely to pursue a partisan agenda” and encouraging the Republican members to vote against it.

The Hill also noted that the two Republicans who voted for the creation and have been openly critical about their party continuing to embrace former President Donald Trump were not ruling out any possibility of being asked to serve on the committee if Pelosi asked them.

Whitlock: Simone Biles and the celebration of quitting are latest signs America has been hacked

‘No One Knows Anything’: Experts Ask CDC To Release Data On Revised Mask Mandates

Whistleblowers Accuse Biden’s HHS: Efforts Made To ‘Downplay The Degree Of...

‘No One Knows Anything’: Experts Ask CDC To Release Data On...

Whistleblowers Accuse Biden’s HHS: Efforts Made To ‘Downplay The Degree Of...

‘No One Knows Anything’: Experts Ask CDC To Release Data On...