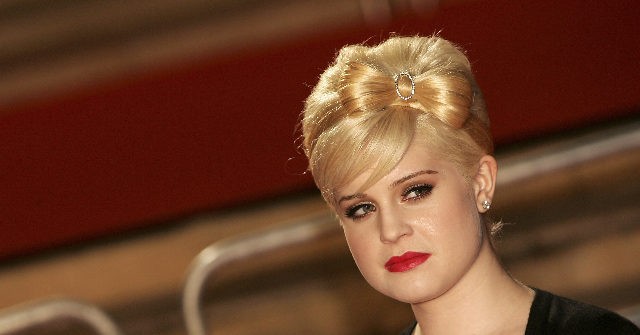 Reality television star Kelly Osbourne is over cancel culture, emphasizing the importance of education rather than cancellation following her mother Sharon Osbourne’s departure from the hit CBS show The Talk over a controversial discussion on race, Meghan Markle, and Piers Morgan.

“I didn’t know what was really going on in this country because I just thought that simply being not racist was enough,” the 36-year-old Osbourne said in an interview with Extra. “It’s not, it’s actually not, you have to be actively not racist and educate yourself and learn, and don’t be afraid to make a mistake.”

“Educate people, teach people,” she continued, emphasizing the impact of a “gentle nudge in the right direction.” That, she said, is “so much better than a public execution.”

The former Fashion Police panelist spoke to the magazine following Sharon Osbourne’s official departure from The Talk following backlash over her defense of Piers Morgan during a heated discussion with co-host Sheryl Underwood. While Kelly did not speak about her mother specifically, cancel culture certainly played a part in Sharon Osbourne’s departure from the show.

Sharon Osbourne, at the time, defended Piers Morgan after he questioned the claims of racism Markle made during an exclusive interview with Oprah Winfrey.

“What would you say to people who may feel that, while you’re standing by your friend, it appears that you gave validation or safe haven to something that he has uttered that is racist, even if you don’t agree?” her co-host Sheryl Underwood asked.

“Educate me, tell me when you have heard him say racist things?” Osbourne said. “I very much feel like I’m about to be put in the electric chair because I have a friend, who many people think is a racist, so that makes me a racist? How can I be racist about anybody or anything in my life,” she said, adding, “And don’t try and cry, because if anyone should be crying, it should be me.”

She later apologized and reiterated that she is “not a racist.”

Nevertheless, Osbourne’s exit from the show became official in late March, weeks after production of the show was placed on pause.

“The events of the March 10 broadcast were upsetting to everyone involved, including the audience watching at home,” CBS said in a statement at the time.

“As part of our review, we concluded that Sharon’s behavior toward her co-hosts during the March 10 episode did not align with our values for a respectful workplace,” it continued. “We also did not find any evidence that CBS executives orchestrated the discussion or blindsided any of the hosts.”

The network said the showrunners were “accountable for what happened during that broadcast as it was clear the co-hosts were not properly prepared by the staff for a complex and sensitive discussion involving race.”

Osbourne’s publicist, however, denied wrongdoing on the reality star’s behalf.

“For 11 years Sharon has been kind, collegial and friendly with her hosts as evidenced by throwing them parties, inviting them to her home in the UK and other gestures of kindness too many,” the publicist said, adding, “Sharon is disappointed but unfazed and hardly surprised by the lies, the recasting of history and the bitterness coming out at this moment.”

The show finally returned on April 13. But its ratings have tanked, earning it the status as “daytime’s lowest-rated program,” according to Soap Opera Network.

Biden Ally Admits: Biden Most Far-Left President Ever, But ‘The Public Thinks He’s A Moderate’