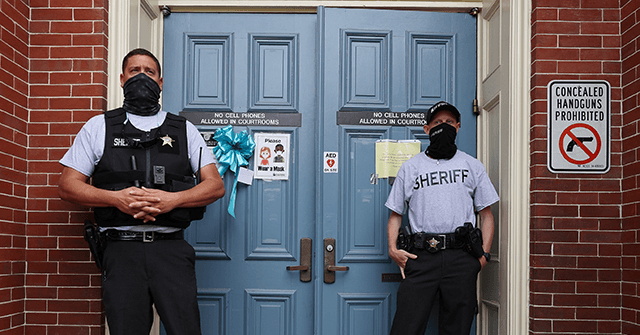 Judge Jeffrey Foster ruled on Wednesday that more bodycam footage of the shooting death of Andrew Brown Jr. cannot be released for at least 30 days.

Foster indicated he understands public interest in the footage, but worries releasing it could hurt the investigation into the shooting, ABC 6 reported.

The footage could be released after 30 days and absolutely must be released within a 45 day time-frame, Foster ruled.

Foster also ruled the videos be censored prior to release, so as to hide the identity of officers involved in the incident.

Forty-two-year-old Brown was shot while in a vehicle as deputies tried to execute a warrant.

Pasquotank County district attorney Andrew Womble claims Brown moved his vehicle backward, then forward, as deputies sought to execute the warrant. He allegedly made contact with law enforcement personnel as the vehicle lunged.

The attorneys released a statement, saying, “In this modern civil rights crisis where we see Black people killed by the police everywhere we look, video evidence is the key to discerning the truth and getting well-deserved justice for victims of senseless murders. Just look at the murder of George Floyd — if the world had not seen that clear and disturbing footage, there might not have even been an ounce of accountability for those officers. We refuse to be discouraged and vow to keep the pressure on these agencies until we get to the truth.”