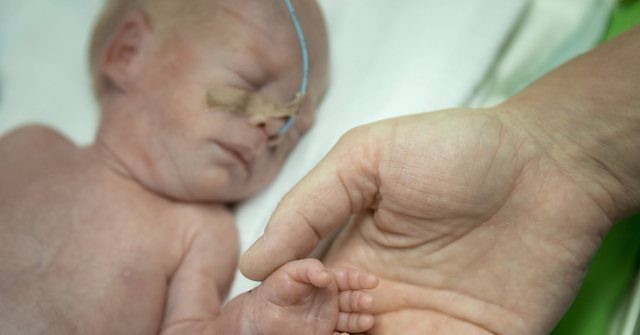 Gov. Brad Little (R) of Idaho signed a bill into law Tuesday that makes it illegal to perform an abortion on a woman in his state once a fetal heartbeat can be detected, at about five to eight weeks of pregnancy.

Abortion providers who violate the Idaho Fetal Heartbeat Preborn Child Protection Act (House Bill 366) could face up to five years in prison, and mothers who undergo the abortion would be allowed to sue them.

The bill details exceptions due to a medical emergency, and rape or incest, when a police report is provided.

The bill bans abortions after a baby’s heartbeat is detected, around five or six weeks after conception. The legislation makes exceptions for medical emergencies and pregnancies that are the result of rape or incest. #IDLeg pic.twitter.com/YIfGl6O00b

“Idaho is a state that values the most innocent of all lives – the lives of babies,” Little said in a statement. “We should never relent in our efforts to protect the lives of the preborn. Hundreds and hundreds of babies lose their lives every year in Idaho due to abortion, an absolute tragedy.”

“I appreciate Idaho lawmakers for continuing to protect lives by passing this important legislation, and I am proud to sign the bill into law today,” the governor added.

Family Policy Alliance of Idaho released a statement after the governor signed the bill into law, observing Idaho is now the 14th state to have passed a fetal heartbeat law.

Idaho is now the fourteenth state to have passed a law protecting preborn children with detectable heartbeats!Read our…

Posted by Family Policy Alliance of Idaho on Tuesday, April 27, 2021

We are proud that Idaho can be added to the list of pro-life states leading the charge in offering legal protection for our youngest and most defenseless residents. The action taken today by Gov. Brad Little will ultimately save thousands of precious lives.

This Heartbeat Bill is constitutionally, scientifically, and morally sound. And thanks to modern medical technology, every new parent now knows the excitement of first hearing their son or daughter’s heartbeat during early prenatal check-ups. This explains why a reputable national poll found that nearly 70 percent of Americans – including 55 percent of Democrats – support this life-affirming legislation. Preborn babies with beating hearts deserve the same constitutional right to life accorded to any other living person.

While Planned Parenthood threatened to file a lawsuit against the bill if the governor signed it into law, State Rep. Megan Blanksma (R), who backed the measure, said it is worded to stand up in court, despite the fact courts have blocked “Heartbeat” bills in other states, citing the Supreme Court’s ruling in Roe v. Wade.

“People who draft these bills go through quite a bit of language and double-check with different attorneys to make sure this is something that could stand up,” Blanksma said, according to KMVT News. “They don’t generally just throw something out there that they don’t have confidence can survive any sorts of challenges, particularly in this topic area.”

Gal Gadot Calls For Peace, Anti-Israel Activists Slam Her As Guilty Of ‘Ethnic Cleansing And Violence Towards Palestinians’

Rock And Roll Hall Of Fame Announces ‘Most Diverse Class’ In...