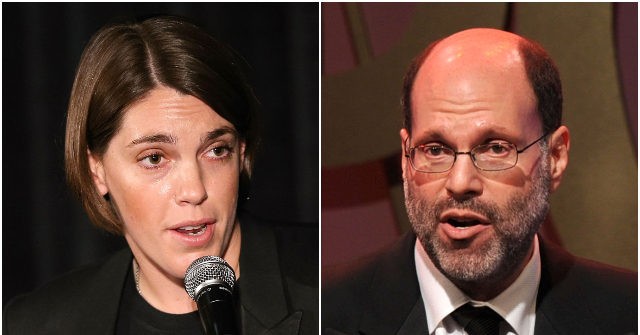 Megan Ellison, who heads Annapurna Pictures and is the daughter of Oracle billionaire Larry Ellison, tweeted her accusation against Rudin on Wednesday. She compared the Oscar-winning Rudin to Harvey Weinstein, saying people are still afraid to speak out because of his ruthless behavior.

This piece barely scratches the surface of Scott Rudin’s abusive, racist, and sexist behavior. Similarly to Harvey, too many are afraid to speak out. I support and applaud those who did. There’s good reason to be afraid because he’s vindictive and has no qualms about lying. https://t.co/0iFSgzJx9T

Ellison didn’t elaborate on her accusations against Rudin. Her Annapurna Pictures is a competitor to Rudin’s company, both specializing in prestige movies that tend to garner Academy Award attention.

Ellison also reportedly feuded with Harvey Weinstein over business matters, including the 2012 Paul Thomas Anderson movie The Master, which Ellison produced and Weinstein distributed. Though it garnered rave reviews and multiple Oscar nominations, the movie was a financial disappointment.

As Breitbart News reported, Rudin faces fresh accusations of workplace abuse and bullying from a Hollywood Reporter article containing several accounts of his alleged behavior. They include an incident in which he allegedly smashed a computer monitor on an assistant’s hand, causing the assistant to go to the emergency room, and another in which he allegedly threw a stapler at an assistant and called him a “retard.”

Hollywood is rife with tales of Rudin’s tyrannical behavior toward his staff. A 2005 Wall Street Journal article about Rudin titled “Boss-Zilla!” has become essential reading for anyone entering the movie business.