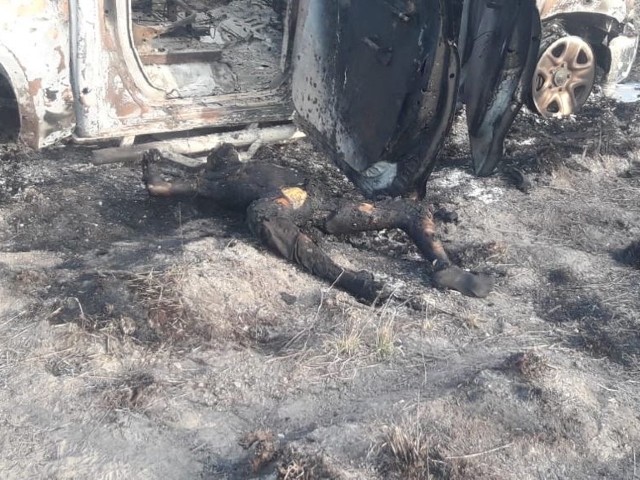 The fighting took place Friday evening and into Saturday morning on a collection of ranches near the border city of Camargo, just south of Rio Grande City, Texas. Locals revealed to Breitbart Texas they called Mexican authorities but no one arrived to help until the next morning when the gunmen had left. Gunmen from the Cartel Del Noreste faction of Los Zetas clashed with the Gulf Cartel in makeshift armored vehicles known as “monstruos” or monsters.

Despite the intensity of the fighting, neither military officials nor Tamaulipas state officials revealed any information about the violence. Breitbart Texas consulted with federal law enforcement sources in Mexico City who say eight gunmen died and that the case was under investigation. Eight armored vehicles were left partially incinerated or showed extensive damage. 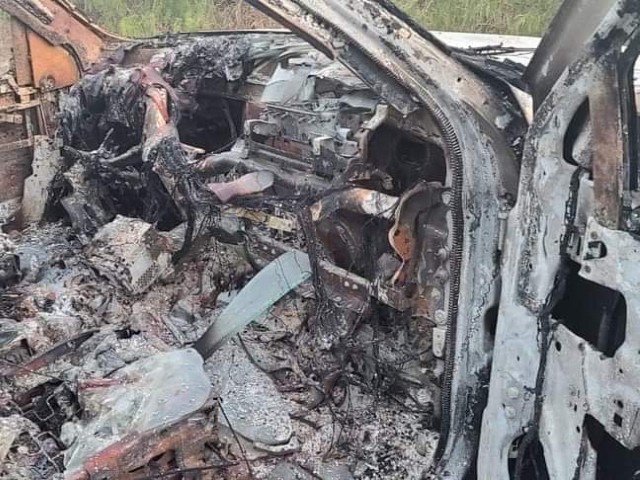 Some of the gunmen were partially incinerated after getting trapped inside of their armored vehicles. Rivals also dismembered and placed body parts on top of vehicles as gory displays. The gunmen also painted the logo or letters of the CDN-Los Zetas in an apparent taunt. 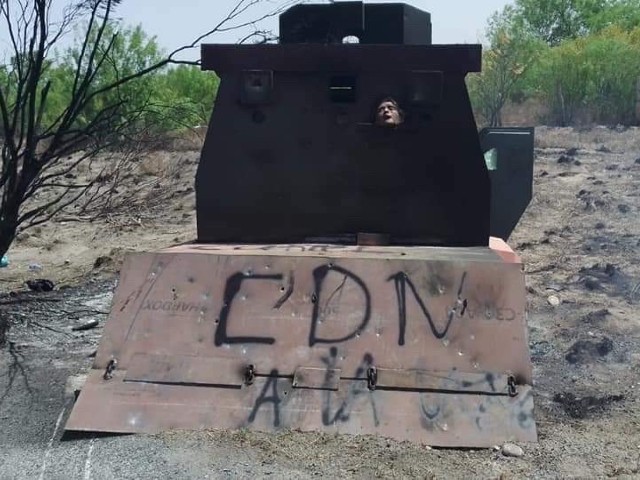 The region near Camargo and nearby Miguel Aleman is known as the Riberena, the most valuable smuggling corridor for the Gulf Cartel. That criminal organization has been able to historically move major quantities of drugs and thousands of migrants with ease since the region lacks any significant border barriers.

Editor’s Note: Breitbart Texas traveled to the Mexican States of Tamaulipas, Coahuila, and Nuevo León to recruit citizen journalists willing to risk their lives and expose the cartels silencing their communities.  The writers would face certain death at the hands of the various cartels that operate in those areas including the Gulf Cartel and Los Zetas if a pseudonym were not used. Breitbart Texas’ Cartel Chronicles are published in both English and in their original Spanish. This article was written by “Francisco Morales” and “J.C. Sanchez” rom Tamaulipas.