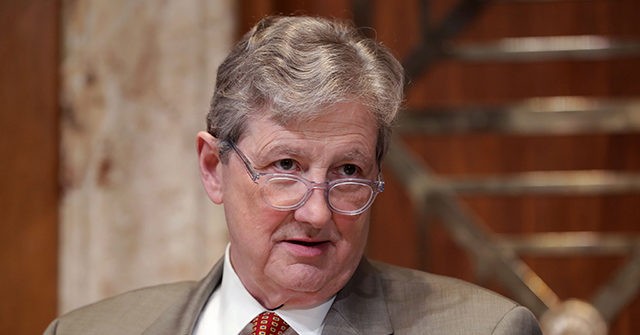 Kennedy argued that police misconduct is a rare occurrence, saying that anybody in support of defunding the police has “tested positive for stupid.”

He continued, “Let me state a few propositions that I think reflect common sense, and with respect to which most Americans other than the wokeristas agree. Number one, most cops, many of whom happened to be black, do not get up every day and go to work hoping for the opportunity to hurt a person of color. Number two, cops are necessary. If you support defunding the police, you have tested positive for stupid. Number three, it is immeasurably foolish to resist arrest. It is going to end badly, even if no one is hurt. You can’t win, the government has the bomb, it’s very dangerous, don’t resist arrest. And number four, and this is just me personally if you are a cop and when you see someone about to stab me, I would personally appreciate it if you would stop them. Shoot them if you have to, I don’t care who they are. I don’t consider that police misconduct. I consider that saving my life.”

Kennedy went on to call on the media to cover police-involved shootings fairly instead of “cherry-picking.”

“I think everyone agrees that police misconduct should be punished and … police misconduct exists,” he advised. “But look at the numbers. Let me say it again — every year, cops have encounters with 60 million Americans, 10 million of them are arrested; in two million cases, cops either have to use force or threaten to use force. Now, if our friends in the media will cover every one of those cases and be fair about it, but … they are cherry-picking. I don’t know what the investigations in North Carolina and Ohio will show, but before we can involve any conclusions and assume its racism, we ought to have an investigation and understand it’s not representative of every case.”