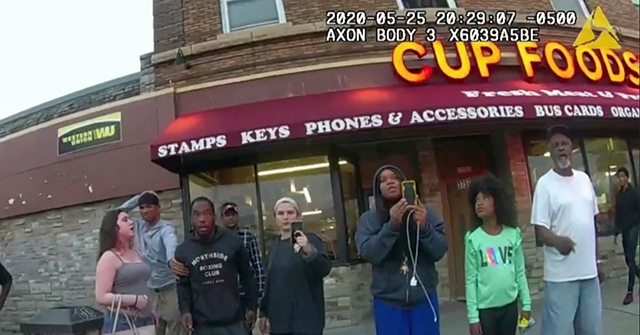 A GoFundMe account raised more than $688,000 as of Tuesday afternoon for Darnella Frazier, the teen who caught George Floyd’s death on camera.

Now, nearly a year after the incident, the money is going to help her “healing.”

Frazier was 17 when she uploaded the video of former Minneapolis Police Officer Derek Chauvin kneeling on George Floyd’s neck to Facebook in May, sparking a wave of international protests over racism and police brutality.

Frazier, now 18, was also one of the first witnesses called to testify in the Chauvin trial by the prosecution, the New York Times reported.

She said in court that she regretted not being able to intervene in the situation but felt in her opinion that all four officers involved in arresting Floyd were at fault.

“It’s been nights I stayed up apologizing and apologizing to George Floyd for not doing more and not physically interacting and not saving his life,” Frazier said.

The GoFundMe account for Frazier was launched during the height of the protests in the aftermath of Floyd’s death in May 2020.

“This fund is to support the healing and the restoration of hope for Darnella Frazier —whatever that means to her. There are many places in the movement where your resources are needed. This is one of them. Thank you,” according to the official GoFundMe.