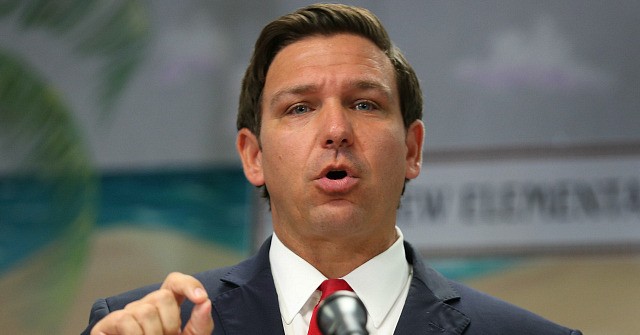 WFLA reported that the bill, HB 259, applies to concealed carry permit holders and it took effect immediately upon being signed.

State Sen. Joe Gruters (R-Sarasota), who sponsored the bill, said: “There are always threats. And all we’re doing is giving them, those religious institutions, the ability and the right to be able to say ‘yes,’ if we choose.”

“We’re going to allow concealed permit holders — it’s not the wild, wild West — we’re giving one of the safest subgroups in our society the ability to carry,” he continued.

State Sen. Gary Farmer (D-Lighthouse Point) opposed HB 259, arguing it is built on the “fallacy” that a good guy with a gun stops a bad guy.

Farmer said, “There hasn’t been any Dirty Harry or John McClane or Rambo that’s come to the defense of anyone in any of these mass shootings.”

Here are a few examples of good guys with guns stopping bad guys during the past seven years alone:

Breitbart News reported that a concealed carry permit holder shot and killed an alleged Tulsa, Oklahoma, attacker on March 27, 2020, thwarting a mass shooting in the process.

On December 29, 2019, the Associated Press reported that a man opened fire on a Texas church congregation and was shot and killed seconds later by an armed congregant. Video from the incident showed congregant Jack Wilson shooting the attacker while other congregants closed in, guns drawn, to help end the attack as well. ABC News quoted Texas Department of Public Safety Deputy Director Joeff Williams saying, “The citizens who were inside that church undoubtedly saved 242 other parishioners. That might get swept aside in this whole conversation about active shooter response, and God know law enforcement has done a whole bunch of work to make our response better.”

On August 7, 2018, Fox News reported that a concealed carry permit holder was there to “save countless lives” when a gunman with bad intentions opened fire on a back to school event in Titusville, Florida. Fox 32 quoted Titusville police Sgt. William Amos saying, “Based on the information that we’ve gathered. This person stepped in and saved a lot of people’s lives.”

Breitbart News explained that an Uber driver with a concealed carry permit stopped a mass shooting in Chicago on April 17, 2015. The Chicago Tribune reported the permit holder was in his car when he saw a gunman open fire on a “group of people.” The permit holder pulled his own gun and shot multiple rounds, striking the attacker three times and ending the mass shooting in the process.

Breitbart News also noted that a concealed carry permit holder stopped a March 22, 2015, mass shooting in a Philadelphia barber shop. NBC Philadelphia reported that the gunman was shooting at “customers and barbers” when the permit holder intervened, shooting the attacker in the chest and ending the threat.

More recently, on May 17, 2021, Breitbart pointed to a good guy who used a hunting rifle to foil an alleged mass shooting in Fort Smith, Arkansas.

Pelosi Shoots Down Schumer’s Student Debt Plea To Biden: ‘He Does...