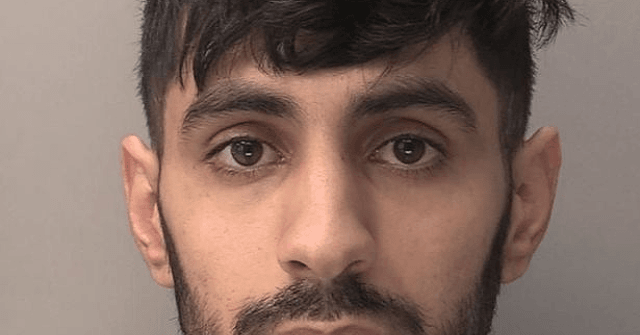 An Iraqi Kurd failed asylum seeker has been sentenced to at least 20 years in prison after being found guilty of murdering a woman, leaving her body to decompose in his flat for over a week as he dismembered and mutilated her remains before disposing of her.

Azam Mangori, 24, was found guilty of the brutal murder of 32-year-old Lorraine Cox last week. The migrant, who had traveled through Turkey, Greece, Germany, and France before arriving illegally in the UK in the back of a lorry, had suffocated Miss Cox with her own t-shirt in his flat above a kebab shop in Exeter, south-west England, in September 2020.

Passing sentence at Exeter Crown Court on Wednesday, Mr Justice Garnham said that when Mangori had seen Miss Cox walking home in the early hours of September 1s after a night out with friends, he intended to “pick her up” for sex, according to The Guardian.

After having sex at least once in the room above Bodrum Kebab House, the judge said that because Miss Cox was “hugely incapacitated by drink”, the Iraqi was able to push her top into her mouth and “suffocate her without significant opposition”.

The cour had also heard Mangori had hacked his victim’s social media accounts, pretending to be alive and well to her friends and family.

Mangori then spent the following week cutting up his victim’s body into pieces, wrapping most of the remains in black plastic bin liners before disposing of her limbs “unceremoniously” in the bins behind the kebab shop and burying her head and torso under bracken and branches outside of the city.

The judge told Mangori: “Rather than reporting her death to anyone, you kept her decomposing body in your bedroom for the next eight days.

“You purchased the necessary equipment from nearby shops and then set about cutting up her body with a view to disposing of it.

“You disarticulated her arms at the shoulder, her upper legs from her pelvis, and her lower legs from the knees.

“With the exception of her left lower leg and her kneecaps, you wrapped all her limbs in black plastic bin liners and dumped them unceremoniously in the waste bins behind the restaurant in anticipation of them being removed by council refuse collectors.

“Her lower left leg and kneecaps have never been recovered.”

He also mutilated her body, cutting at her forehead, and removing strips from her back and lower arm.

The BBC reported that Mangori had had his asylum application rejected in December 2018 — yet he was still in the country for almost two years before murdering Miss Cox.