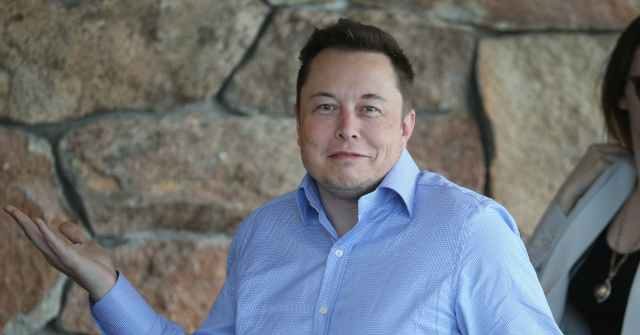 CLAIM: President Joe Biden claimed that “only government” can make the scientific breakthroughs that take humans to the Moon and Mars.

VERDICT: MOSTLY FALSE. While NASA has achieved major breakthroughs, so have private companies like SpaceX.

In his first joint address to Congress, President Biden tried to argue for his $2.3 trillion infrastructure plan by arguing that “only government” can send people to the Moon and Mars.

Biden’s assertion is merely a repetition of the standard left-wing belief that “only government” can do just about anything. In January 2009, President-elect Barack Obama claimed: “It is true that we cannot depend on government alone to create jobs or long-term growth, but at this particular moment, only government can provide the short-term boost necessary to lift us from a recession this deep and severe.”

With respect to space in particular, Biden is simply wrong. NASA took astronauts to the Moon — including the late Michael Collins, who orbited the Moon during Apollo 11 mission, and passed away earlier Wednesday. And it recently landed the Perseverance Rover on Mars, which launched the first-ever flight of an aircraft on that planet, flying a helicopter drone.

But many of the advances in space flight and exploration in recent years have been spearheaded by private industry — especially after Obama downgraded NASA. (It would take President Donald Trump to restore the agency to former glory.)

Americans returned to space last year thanks to Elon Musk’s private company, SpaceX, which pioneered reusable rockets and has led the recent effort to put human beings on Mars. Just last week, NASA astronauts hitched a ride to the International Space Station on board a SpaceX Dragon spacecraft. It is true that SpaceX is working in partnership with the government. But it is not true that “only government” can send Americans to space and to distant planets. Private enterprise has been key.

Joel B. Pollak is Senior Editor-at-Large at Breitbart News and the host of Breitbart News Sunday on Sirius XM Patriot on Sunday evenings from 7 p.m. to 10 p.m. ET (4 p.m. to 7 p.m. PT). He is the author of the recent e-book, Neither Free nor Fair: The 2020 U.S. Presidential Election. His recent book, RED NOVEMBER, tells the story of the 2020 Democratic presidential primary from a conservative perspective. He is a winner of the 2018 Robert Novak Journalism Alumni Fellowship. Follow him on Twitter at @joelpollak.