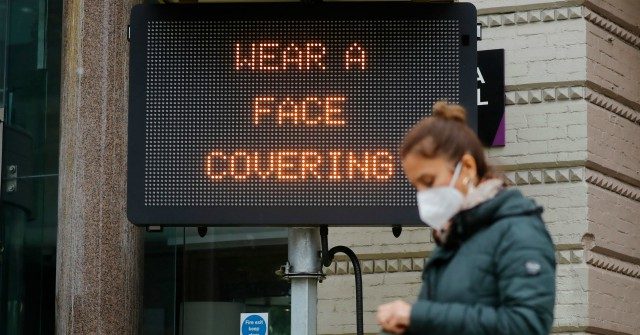 Coronavirus lockdowns are a preview of what would be permanently imposed on Americans if the Green New Deal were to be enacted as law, explained Marc Morano, author of  and editor of Climate Depot, on Tuesday’s edition of SiriusXM’s Breitbart News Daily with host Alex Marlow, author of Breaking the News: Exposing the Establishment Media’s Hidden Deals and Secret Corruption.

Morano noted, “Every major environmental figure [and] climate activist has praised the COVID [coronavirus] lockdowns as essentially a model for what we should be doing with climate, so that gives you an idea of where they want to go with the Green New Deal.”

“It’s an endless parade of human-punishing regulations,” he added.

He added, “We need to be on guard for this, because if we leave them to their own devices, they will do this. They will force us to start giving up immeasurable amounts of freedom, telling us that that’s necessary to save Earth.”

Democrats and the broader left regularly frame “climate change” as a function of the burning of fossil fuels.

“What is a lockdown but a planned recession?” he asked. “I’ve been to multiple U.N. summits where they actually openly talked about — years ago, long before anyone heard of COVID — [how] we need planned recessions in order to fight global warming. The less economic activity, the better for the planet. … When you now hear that they want a lockdown every other year to fight climate change, that’s consistent with what they’ve been saying since the 1970s.”

“They’re pushing insect eating,” he remarked. “Nicole Kidman from Hollywood has been doing videos on this. You have the World Economic Forum [and] the United Nations pushing it. I feature climate activists talking about all the protein in insects. This is an all-out attack on meat. So even though it’s funny to laugh about farting cows, and we do laugh, it’s an actual another part of an agenda [sic], they’re they’re trying to change how we live.”

He continued, “When you hear [about] farting cows, that is their attack on meat-eating. … The United Nations climate chief wants restaurants to force meat eaters — like they used to do with smokers — to the back of the restaurant or outside. They want to ban start banning meat-eating across the country.”

He added, “They also are promoting these processed vegetable burgers made of 30 ingredients. Al Gore’s on a goal to be the world’s first fake-meat billionaire. He had an IPO timed with the United Nations meat-eating report.”

President Joe Biden’s opposition to fossil fuel production and consumption increases the risk of future wars over energy and other resources, Morano warned.

He said, “We are trading American energy dominance [for energy dependence]. For the first time since 1952, America, under President [Donald] Trump, actually had more energy exports than imports. We were the largest producer of oil and gas in the world. Joe Biden’s first acts are to shut down fracking, shut down the remaining economy, shut down any mining in the U.S.”

“All that’s going to do is make endless wars possible,” he concluded, “and then make them necessary as we’re going to now fight over mineral rights.”