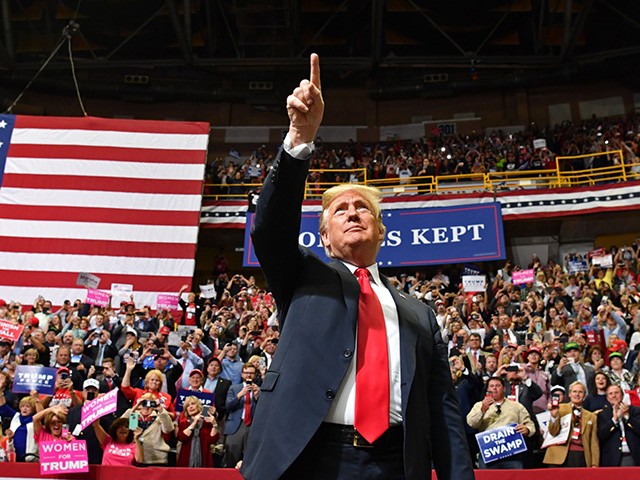 CNN reported Trump may resume his political rallies as soon as May.

Since 2015, Trump’s record-setting political rallies allow his supporters to express their enthusiasm for his political agenda and his willingness to be politically incorrect.

The former president is expected to emerge as a focal point of opposition to President Joe Biden’s radical-left agenda, and members of the Republican establishment who tried to distance themselves from his political brand after the 2020 election.

The rallies will give Trump a political platform, even though he has not announced plans to run for president again in 2024.

“I am looking at it very seriously, beyond seriously,” Trump said about 2024 in a recent interview. “From a legal standpoint, I don’t want to really talk about it yet.”

During a podcast interview with Dan Bongino on Wednesday, Trump confirmed he would do another political rally in the future.