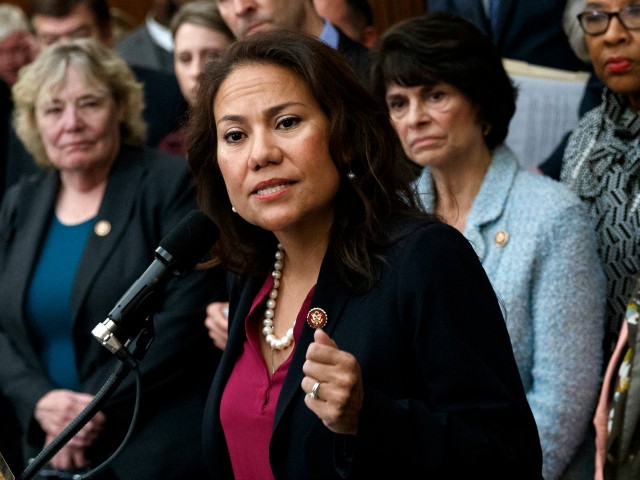 On Monday’s broadcast of MSNBC’s “The ReidOut,” Rep. Veronica Escobar (D-TX) reacted to Texas Gov. Greg Abbott (R) saying that the Biden administration is bringing coronavirus into the U.S. with its immigration policy by stating that Abbott is engaging in an “old, racist trope” that is “really dangerous.” And could spawn violence like the 2019 mass shooting in El Paso.

After viewing a clip of Abbott saying that the Biden administration is “importing COVID into the state of Texas,” Escobar said, “I just want to say, to our friends in Boulder, Colorado, my heart goes out to them with what’s happening there, the active shooter. We’ve had an active shooter in El Paso in the past, August 3, 2019. And so, I’m just praying for everyone there. But, you know, Jason, the words of Gov. Greg Abbott are actually really dangerous. Speaking of an active shooter, you know, we had an active shooter who came into El Paso whose hatred was fueled by xenophobic, anti-immigrant rhetoric that came not just from the White House at the time, from Donald Trump, but came from people like Gov. Greg Abbott himself. The idea of immigrants bringing disease, that is an old, racist trope intended to inspire fear and hatred. He’s done it before. It is absolutely reprehensible.”

She continued, “And something that folks should understand, FEMA, under the Biden administration, offered to help the state of Texas with testing migrants as they were coming into our front door. Gov. Greg Abbott rejected that help. And, in fact, has stood in the way of our ability to access that help. And yet, he immediately then goes on cable news shows, Fox News, to decry the fact that migrants might have COVID, when he can help us address the issue. It’s really shameful and dangerous.”

Pinkerton: Joe Biden, First Elected in the 1970s, Is Bringing Back...