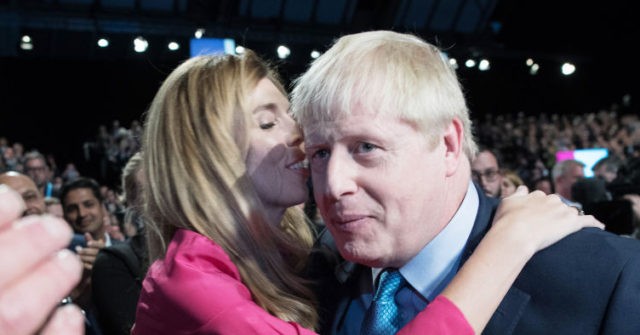 Did Prime Minister Boris Johnson say – or did he not say – that he would ‘rather let the bodies pile high in their thousands’ than order yet another lockdown?

Johnson has denied it.

Chancellor of the Duchy of Lancaster Michael Gove is saying that he ‘never heard’ Johnson saying it and that  ‘the idea that he would say any such thing I find incredible.’

Other anonymous Westminster insiders are swearing blind that Johnson did say it.

But frankly who cares? The fact that this question is currently the main topic of debate in British newspapers speaks volumes about just how debased our political and media culture has become; and also, worse, about the degree to which it is now dominated by the kind of headbanger who would happily keep the entire country masked, locked down, socially isolated and quarantined for all eternity rather than countenance a return to the ‘Old Normal’ most of us surely so sorely miss.

There is an argument almost never made in the UK mainstream media — certainly not on the BBC or Channel 4 and only very rarely in the newspapers — that the Chinese coronavirus policies introduced by the Johnson administration in the last eighteen months have been overzealous, counterproductive and have done immeasurable damage to Britain, her people, her culture and her economy.

That’s why, in any sane world, Boris Johnson’s alleged remarks ought to have been greeted by a widespread sigh of relief.

Sure that phrase ‘let the bodies pile high in their thousands’ is graphic and tasteless, and potentially indicative of being a psychopath. But then, it wasn’t delivered in a formal speech or written in an article. These were the words, delivered off the cuff, by a Prime Minister in a state of passion and irritation, expressing a sentiment with which many people ought surely to agree: we’ve had enough of lockdowns; far too little attention has been focused on the consequences of keeping 60 million or more people under house arrest…

Note, instead, how Johnson’s words have been seized on by the Coronafascist faction in government (and its amen corner in the bought-and-paid-for MSM) as evidence of his unfitness for public office.

On the broader issue I agree entirely: devious, shambolic, mendacious, priapic and malleable Boris Johnson is indeed wholly unfit for public office. But that doesn’t mean he wasn’t quite right to have instinctively opposed more lockdowns. At least it shows a glimmer of the man Johnson used to be before a year or so of Covid turned him into the raddled husk he is today: prone to hyperbole and tongue-in-cheek expression, but a man who could see both sides of the argument; a man, perhaps, who was once quite fond of Britain and her people and who actually didn’t want their sad destiny to be being transformed by a grinning, Great-Reset-supporting, globalist loon like Matt Hancock into yet another grim biosecurity state.

Yet, rather than being full of stories saying ‘Bravo! A glimpse of the old Boris we voted for’, the MSM is instead full of stories tut-tutting at the dreadful possibility that Johnson might have said such a terrible thing.

Obviously on one level what we’re witnessing here is a factional power struggle. There’s the faction surrounding Johnson’s fanatically green girlfriend — and de facto, if not de jure, Prime Minister — Carrie Symonds (aka Princess Nut-Nut); there’s the faction of ministers feigning loyalty but probably desperate to replace Johnson should he show weakness; then there’s Dominic Cummings, the election guru who effectively won the Conservatives their 80 seat majority and then went on to be Johnson’s Special Advisor before being unceremoniously ditched after the Princess Nut-Nut faction took against him.

It was Cummings who launched the latest round of hostilities with a feisty blog post which called into question Johnson’s probity.

Cummings pulled no punches on subjects like the way Johnson had used political donor money lavishly to refurbish some of the interiors in his 10 Downing Street in order to appease Princess Nut Nut.

The PM stopped speaking to me about this matter in 2020 as I told him I thought his plans to have donors secretly pay for the renovation were unethical, foolish, possibly illegal and almost certainly broke the rules on proper disclosure of political donations if conducted in the way he intended. I refused to help him organise these payments. My knowledge about them is therefore limited. I would be happy to tell the Cabinet Secretary or Electoral Commission what I know concerning this matter.

But then, Cummings can hardly be blamed for his asperity. He published that blog post in response to claims by Johnson’s Director of Communications that he was the source of some sensitive leaked information which showed the Prime Minister in a bad light. Cummings, very likely, was not the leaker, so his irritation is understandable. And it’s hard not to cheer him when he writes elsewhere in his blog post:

It is sad to see the PM and his office fall so far below the standards of competence and integrity the country deserves.

Yes indeed. Unfortunately, though, Cummings in his way is at least as disastrous as Johnson. We know this because Cummings was part of the faction in Johnson’s administration urging more stringent lockdowns. Cummings’ main obsession is that Britain should have locked down earlier. In other words, Cummings is even more fanatical on lockdowns than Johnson.

Really, this is one of those battles where you dearly wish everyone involved could lose, because every one of the participants is so thoroughly noisome.

I also have strong suspicions about another of the key players, Michael Gove, whose ‘defences’ of Johnson seem less than heartfelt.

Gove’s public statement that ‘the idea that he would say any such thing I find incredible’ could be read two ways. One of those ways is: ‘Yes, he did say it and I find the idea of what he said quite outrageous.’ Gove’s defences of Johnson are a classic non-denial denial. They are the kind of thing, indeed, that a very ambitious and devious senior minister would say if he wanted simultaneously to feign loyalty to Johnson while preparing to defenestrate him and nick his job.

The only certainty about this political theatre is that whoever comes out on top, we — the voting public — will be the losers.

Johnson felt uncertain about another lockdown but is so weak and easily-led he allowed himself to be bullied into having another one.

Gove and Cummings wanted lockdowns all along – and got their way.

So there’s nobody of any seniority in Westminster currently arguing with any conviction against lockdowns.

Therefore more lockdowns and more misery it is bound to be…