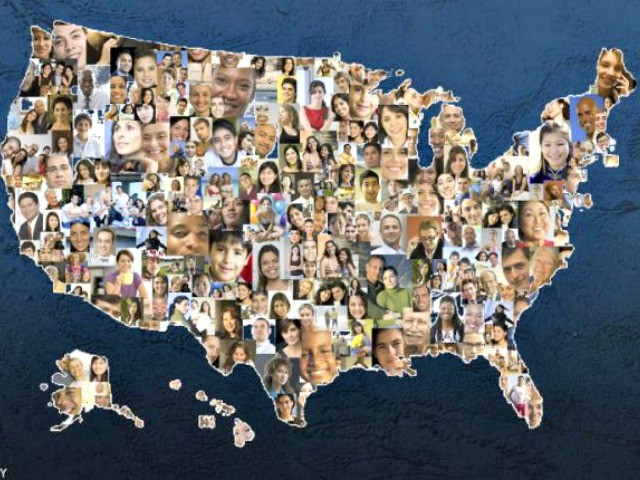 An estimation of the number of illegal aliens living in the United States is excluded from early data released this week by the U.S. Census Bureau thanks to executive orders from President Joe Biden.

Census Bureau officials released population totals this week, revealing that the U.S. population stands at about 331,449,281 residents, adding more than 22,700,000 residents since 2010. Still unknown is how many of those nearly 331.5 million U.S. residents are illegal aliens.

In March 2018, former President Trump’s administration announced that it would seek to put the American citizenship question back on the Census to determine how many citizens, legal immigrants, and illegal aliens reside in the U.S.

Then, in June 2019, the U.S. Supreme Court ruled that the administration could put the American citizenship question on the Census. But the Court sent the case back to a lower court that did not hold a hearing before the cutoff for the printing of the 2020 Census forms.

Likewise, Biden signed an executive order that stopped the Census Bureau’s collection of citizenship data that would have helped determine the illegal alien population living in the U.S., as well as the citizen population.

A report in early January, before Biden took office, revealed that the Census Bureau had already stopped attempting to tally the illegal alien population in each state and U.S. territory.

Now, Americans are left with only a handful of illegal alien population estimates from organizations and the Department of Homeland Security (DHS) — all of which differ.

The latest Pew Research Center estimate, based on 2017 data, states that about 10.5 million illegal aliens live in the U.S. Data from DHS, as of January 2018, states that the illegal alien population stands at about 11.4 million.

Those tabulations are far off from other estimates. In 2018, for example, Yale University and the Massachusetts Institute of Technology researchers estimated that there were about 22 million illegal aliens living in the U.S. The Federation for American Immigration Reform (FAIR), meanwhile, estimated this year that the illegal alien population is at 14.5 million, having grown by 200,000 since 2019.

Netanyahu Torches CBS Host On What U.S. Would Do If Attacked: ‘You Know Damn Well What You Would Do’

Fauci to graduates: ‘Virus is the enemy – not each other’

WATCH: Israeli Military Calls Off Air Strike On Area Because They Believed Children Were Present

CNN cuts ties with freelancer who tweeted praise for Hitler