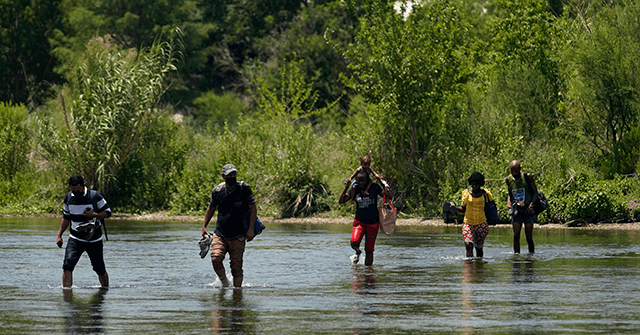 One million migrants have crossed the border since October, according to a June 29 report by CNN.

The June 2021 numbers have not been finalized, CNN reported. But the numbers are likely to reach almost 190,000, despite the rising temperature, according to CNN’s report:

In June, more than 6,300 people on average have been encountered crossing the border every day, according to one official, citing the 21-day average.

The southern numbers do not include the annual steady of roughly 1 million legal immigrants, the roughly 800,000 temporary visa workers, and the people who overstay their legal visas.

The one million number also does not include the 250,000 migrants who have sneaked across the border, according to agency reports provided to Breitbart.

In May, 180,000 migrants were caught crossing the southern border. Most were sent back to Mexico to rest before their next attempt as Biden’s deputies allowed 68,000 migrants into the United States.

An additional 50,000 migrants successfully sneaked through the border to reach jobs inside the United States, according to unpublished official estimates provided to Breitbart.

DHS Secretary Alejandro Mayorkas is trying to expand migration across the border by widening many side-doors in the nation’s migration law. He is also expanding opportunities for illegal and legal for migrants to get green cards from Americans.

Overall migration — legal and illegal, temporary and permanent — may hit 2.5 million in Biden’s first year in office. The huge inflow will intensify competition for the jobs and housing that are needed by the roughly four million young Americans who are entering the labor force in 2021.

Migration damages ordinary Americans’ career opportunities, cuts their wages, raises their rents, curbs their productivity, shrinks their political clout, and wrecks their open-minded, equality-promoting civic culture.
For many years, a wide variety of pollsters have shown deep and broad opposition to labor migration and the inflow of temporary contract workers into jobs sought by young U.S. graduates. This opposition is multiracial,  cross-sex, non-racist, class-based, bipartisan, rational, persistent, and recognizes the solidarity Americans owe to each other.

So far, Republican leaders have dodged much of the immigration debate, likely because GOP donors want more imported consumers, renters, and workers.

Instead, GOP leaders have merely characterized Biden’s migration as a chaotic border crisis, as cruel to migrants, and helpful to the drug cartels. This border-focused message downplays the inflow numbers, hides the economic damage done to Americans, and will likely help the Democrats win non-ideological and comfortable swing voters in 2022 with a soft-focus strategy of promising humane, orderly, and safe migration.