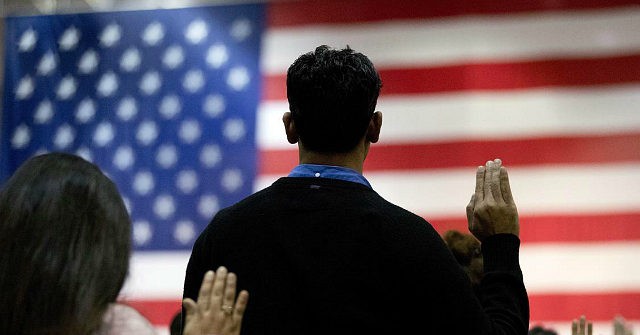 Immigrants who identify as Republican are more likely to blend into American civic life and culture, according to a CATO Institute/YouGov survey released Tuesday.

The survey found that migrants who identify as Democrat or Republican have a disagreement on the meaning of assimilation into America.

The CATO Institute/YouGov survey asked 2,600 U.S. adults to explore and examine why Americans either support or oppose a more open immigration system. The survey was done between March 5-15, 2021, with a margin of error of plus or minus 2.21 percent. The survey was asked in English.

Majorities of Americans say it is either “extremely” or “very” important to them that immigrants (1) be loyal to Americans and the U.S. (71%), (2) be self‐reliant (69%), and (3) speak English fluently (53%). Democrats and Republicans disagree about assimilation preferences. pic.twitter.com/9WUtX9nzrl

Furthermore, the survey first found when examining the partisanship of Americans by their immigration background shows that immigrants who are native-born and are not second-generation immigrants happen to either identify or lean with the Democratic party. In addition, the sample shows of the first-generation, 48 percent identified or leaned Democratic, while 26 percent of them said they were Republican, and 26 percent said they were Independent leaning.