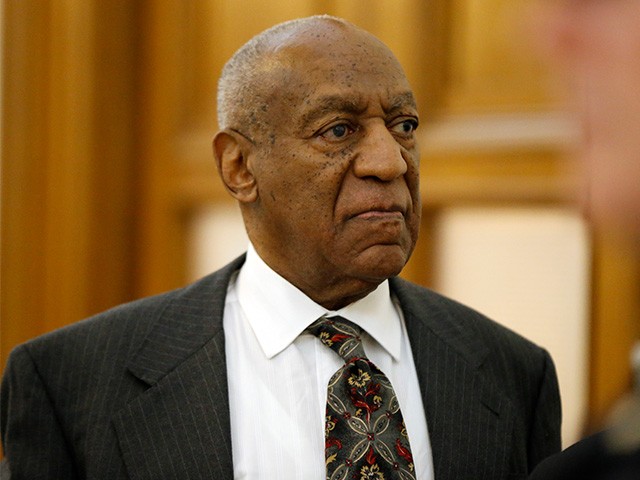 The Pennsylvania Supreme Court’s decision to overturn Bill Cosby’s sex assault conviction and release the star from prison has provoked widespread condemnation but also full-throated support from his longtime co-star Phylicia Rashad, who celebrated the news.

Bill Cosby reportedly left prison Wednesday afternoon after Pennsylvania’s highest court vacated the star’s sex assault conviction. The court found that Cosby’s deal with a previous prosecutor, which prevented the actor from being charged in the case in exchange for testimony to be used in a civil case, was not honored by a subsequent prosecutor.

The 83-year-old actor-comedian had served two years of a three- to ten-year sentence at a prison near Philadelphia. In addition to the sexual assault accusations brought by Andrea Constand, he has faced close to five dozen other accusations from women who have claimed the Hollywood star drugged and assaulted them.

The Cosby Show actress Phylicia Rashad surprised many on Wednesday when she tweeted her support for her former co-star, praising the court’s decision.

FINALLY!!!! A terrible wrong is being righted- a miscarriage of justice is corrected! pic.twitter.com/NrGUdwr23c

Rashad later said “I fully support survivors of sexual assault coming forward. My post was in no way intended to be insensitive to their truth. Personally, I know from friends and family that such abuse has lifelong residual effects. My heartfelt wish is for healing.”

Actress Debra Messing disputed former Clinton adviser Peter Daou’s assertion calling out people who are furious at Bill Cosby walking free but who have given President Joe Biden “a pass for multiple accusations of sexual misconduct.”

This is a disgusting false equivalence. https://t.co/7c4RwAQrni

Rosanna Arquette tweeted that Cosby “is STILL an evil rapist.”

Bill Cosby is STILL an evil rapist .the end.

Actress Mia Farrow expressed her sympathy for the alleged victims of Bill Cosby.

Thoughts with the victims of Cosby

Writer E. Jean Carroll tweeted her condemnation of the court’s decision, saying “THIS is why women do not come forward.” Carroll has accused Donald Trump of raping her at the Bergdorf Goodman department store in New York nearly 25 years ago when she was 52.

THIS is why women do not come forward.https://t.co/6WXe4UmWXt

Feminist author Jessica Valenti posted a series of tweets expressing her rage at the court’s decision.

A powerful man can rape dozens of women, blatantly and unrepentantly, and the system will bend over backwards to let him go

I don't want to hear anything about how cancel culture ruined men's lives during the MeToo era reckoning for women and survivors. How we went too far. Today's news that Cosby's conviction is being overturned is proof we haven't gone far enough. Our justice system MUST change.

I’m enraged, heartbroken and disgusted by Cosby’s release. I can only imagine what all his survivors must be feeling. This convicted rapist is free today because he is a man of privilege. The Patriarchy rears it’s ugly head yet again.

Better to remain silent and be thought a rape apologist, than to open one’s mouth and remove all doubt. https://t.co/xFgJsmghG5

We live in a world where Britney Spears has people controlling her uterus, but Bill Cosby is free. Got it.

Victims of sexual assault deserve better than whatever the fuck just happened in PA.

Maybe if 61 women came forward instead of just 60… this is the same justice system that awarded Britney Spears’ father a conservatorship where he profits millions off his own daughter. Men controlling women’s lives and bodies. https://t.co/hiRSR6ED3i