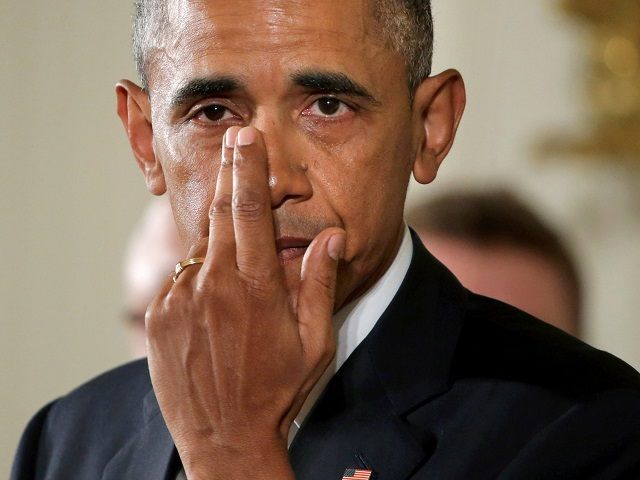 Former President Barack Obama on Tuesday called on lawmakers to combat what he described as an “epidemic of gun violence” in the United States after a gunman fatally shot multiple people at a grocery store in Boulder, Colorado.

“It is long past time for those with the power to fight this epidemic of gun violence to do so. It will take time to root out the disaffection, racism, and misogyny that fuels so many of these senseless acts of violence,” Obama wrote in a statement.

A once-in-a-century pandemic cannot be the only thing that slows mass shootings in this country. It’s time for leaders everywhere to listen to the American people when they say enough is enough. pic.twitter.com/7MEJ87Is3E

“But we can make it harder for those with hate in their hearts to buy weapons of war. We can overcome opposition by cowardly politicians and the pressure of a gun lobby that opposes any limit on the ability of anyone to assemble an arsenal. We can, and we must,” the former president continued. “A once-in-a-century pandemic cannot be the only thing that slows mass shootings in this country. We shouldn’t have to choose between one type of tragedy and another. It’s time for leaders everywhere to listen to the American people when they say enough is enough—because this is a normal we can no longer afford.”

“We should be able to go to school, or go out with our friends, or worship together without mentally planning our escape if someone shows up with a gun. We should be able to live our lives without wondering if the next trip outside our home could be our last,” he added.

Al Aliwi Alissa, a resident of Denver, was reportedly shot in the leg during the rampage and has received medical treatment for his wounds at a hospital. The suspect has been charged with 10 counts of murder, police announced Tuesday.

Investigators have not established a motive, but authorities believe he was the only shooter, Boulder County District Attorney Michael Dougherty said.

A law enforcement official briefed on the shooting told The Associated Press that the gunman used an AR-15 rifle, a lightweight semi-automatic rifle. Officials were trying to trace the weapon. The official was not authorized to speak publicly and spoke to AP on condition of anonymity.

The Associated Press contributed to this report.