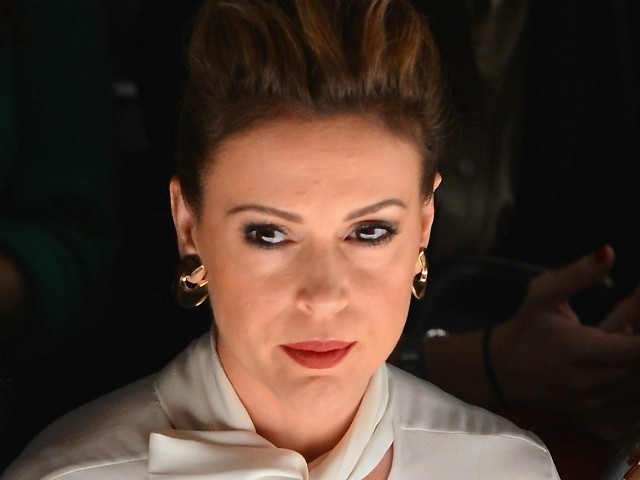 Her effort to “reach people” comes just months after the gun control activist and defund the police supporter repeatedly smeared the millions of Americans who support Donald Trump as racists.

Milano also spoke about her recent role as an ambassador for UNICEF USA.

“To be very honest, they asked. I’ve always been someone who cares about the world and the challenges people face, and I’ve considered myself an activist since I was a teenager,” she said.

Alyssa Milano rose to political prominence during Brett Kavanaugh’s Supreme Court hearings, where she took a front row seat and voiced her support for Christine Blasey Ford, who accused the future Supreme Court justice of sexually assaulting her decades ago.

Milano didn’t support Tara Reade in her accusations against then-presidential candidate Joe Biden. Reade accused Biden of sexually assaulting her three decades ago. Milano was one of Biden’s biggest celebrity endorsers, frequently promoting the candidate throughout the election process.

Actress Rose McGowan has repeatedly hit out against her former Charmed co-star, describing Milano as a “lie” and a “fucking fraud” who stole the #MeToo movement. McGowan has also accused Milano of being a puppet of Creative Artists Agency, the powerful left-wing talent agency that represents numerous Hollywood stars and Democrat politicians.